The men behind the nation’s lifeblood 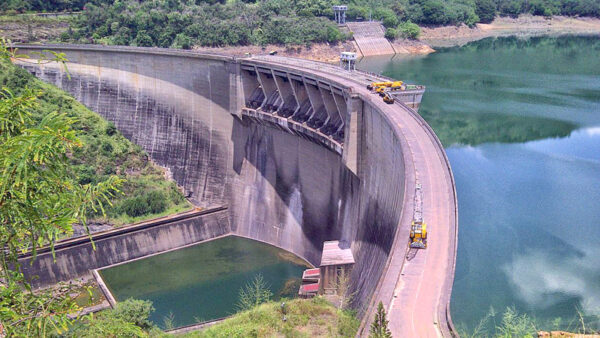 One of the main engineering pioneers of the Accelerated Mahaweli Development Programme, Senior Engineer Douglas Ladduwahetty passed away at the age of 96 recently. A few years ago, the Daily News interviewed him and several other senior officials for an article on the Mahaweli programme. Excerpts from that article are reproduced in tribute to Douglas Ladduwahetty.

“The Mahaweli programme brought out the best in public service, while also highlighting their ingenuity, commitment, perseverance and capability to adapt to difficult and changing circumstances. For many, it was a platform to boost their careers, and it gave a generation of civil servants, the courage and capacity to dream of something bigger than themselves. Forty years later, many who spoke of the Mahaweli Programme with the Daily News, did so with awe, especially in the case of its Accelerated Phase.

“What we gained during that time was tremendous confidence and that took over a short period of 10 years. Unfortunately, this is not something local engineers are exposed to now, because you don’t have much material to play with,” said Central Engineering Consultancy Bureau (CECB) Consultancy Division Head T.B. Wickremaratne, who joined the Mahaweli Programme as a civil engineer, right out of university, 36 years ago.

“It was not a bureaucratic problem; it was about funds. It showed that the very same people who were thought of as inactive, were working well. If you design something and have no money to construct it, people would not be motivated. But when we got the foreign inputs, we did it,” he added.

It has been an arduous task over the years and a thorn in the plans of several governments, but as a concept, the Mahaweli Development Programme has been the favourite child of every consecutive government since the 1960s. D.S. Senanayake, the father of ‘resettlement’ and multipurpose irrigation projects, had started his Gal Oya scheme and passed on his passion to his son Dudley Senanayake, who initiated the first Mahaweli Development Programme, with a grander vision than that of his father.

“The idea came in 1968, it was not one man’s idea. Many politicians had thought of it since independence. At around 1968, the government felt that we needed to do something to increase our agricultural productivity, but we first needed to solve the problem of having large tracts of land in the North and North Central Provinces without water,” recalled Wickremaratne.

In addition to food security, since 1945, the Government saw a sharp rise in population in Ceylon; and the Wet Zone, where the people were mostly concentrated in, reached a figure of around 1,200 people per square mile. This motivated the Government to develop the Dry Zone and settle more people there.

The CECB, set up in 1973, was formed exclusively to provide consultancy services, mainly engineering for large-scale water projects identified in the United Nations Development Programme/Food and Agriculture Organization (UNDP/FAO) Master Plan of 1968; otherwise known as the 30-year Mahaweli Development Programme.

The Project covered 39 percent of the whole island and 55 percent of the Dry Zone. It included the Mahaweli Ganga basin, the basin of the Maduru Oya, and rivers in the North Central part of the island. Further, it looked to build the major dams and reservoirs of Polgolla, Bowatenne, Victoria, Kotmale, Rantambe, Randenigala, and Moragahakanda.

The UNDP/FAO study on the Mahaweli had given the green light to Dudley Senanayake’s Government to go ahead with the project, but given the size of the economy and perceived resource capabilities of the then Government, they had proposed that it be implemented over a 30-year period under three phases. The land was to be grouped into 13 irrigation systems from A to M.

Thus, with all confidence, Senanayake commissioned the first project of the Mahaweli – the Polgolla Dam on February 28, 1970, a few weeks before Parliament was dissolved. His project was thereafter taken up by next SLFP Government of Prime Minister Sirimavo Bandaranaike.

The 1970s were a tough period for Sri Lank; the Cold War was in full force, and in 1973, the oil crisis hit the world, making all major development programmes difficult to be implemented in the country, and Bandaranaike, though choosing to follow a policy of non-alignment, had drifted towards the Soviet bloc.

“We were thinking of self-reliance at the time,” said Wickremaratne. “In a way, we had no choice; the oil prices made imports very expensive and we had to find ways to save our foreign reserves. More importantly, we had to stop importing agricultural produce such as rice,” he added.

Hence, it fell on the CECB to have its own engineering board and work on developing plans for the irrigation projects locally.

“We had already done Gal Oya, and we did have the engineering know-how to do it. The basic planning capabilities were there, and we had a good engineering resource base,” added Wickremaratne.

Though commissioned in 1970, the Polgolla Dam took over two and a half years of political bickering to actually start, as the United Front coalition commissioned a Dutch firm for the further development of the irrigation and water resources of the Mahaweli. This came to be known as the NEDECO report.

“Polgolla was the main place to divert, and it was ideal having considered several other places close by,” explained Wickremaratne.

It was planned 100 percent by locals, and the State Engineering Corporation and Mahaweli Development Board (which was newly-formed for the project), was involved, he added.

According to Wickremaratne, if you were to take water from the Mahaweli to the areas of Anuradhapura, Polonnaruwa, and Kala Wewa, you had to start doing that at Polgolla. It was also an area without many human settlements, and thus, social impact was minimal. This dam, however, took the longest time to build of all the Mahaweli projects (five years), given the intricacies of its tunnel construction.

The tunnel was constructed by a Yugoslavian company and the powerhouse, by Sri Lankans. A lot of local engineering and resources were used, said Wickremaratne.

It was the first and only Mahaweli project of the United Front coalition Government.

K.M. de Silva and Howard Wriggins in their biography of late President J.R. Jayewardene, note that by 1967-77, the UNP under J.R. had been preparing their own plans for the future, and among these was the revival of the Mahaweli.

“J.R. had identified three positive benefits from a revived and revamped Mahaweli programme. First of all, it would substantially reduce unemployment which stood at 20 percent of the work force in 1976-77; second, it would be a great fillip to the attainment of self-sufficiency in rice and finally, there was the whole question of power generation for industries and for rural electrification in a country which had no coal or oil.”

The new Government thus changed the priorities of the project to add energy generation and not just irrigation, said Wickremaratne.

This meant that they would have to set aside the development of Moragahakanda, a reservoir mainly for irrigation, with very little power-generation capabilities.

“The total installed capacity in the 1980s stood at a mere 300 MW; five to six hour power cuts were normal. And when you took the Mahaweli, Victoria alone would add 200 MW, so it was a wise decision to concentrate on power,” added Wickremaratne. Eventually, it helped J.R.’s Government to treble the country’s power generation, and by the early ’80s, Sri Lanka had the highest consumption of power in Asia.

Plans to develop Kotmale, Victoria, Randenigala, Rantambe, and Maduru Oya were thus underway. The challenge, however, was to complete the whole project in a short span of six years and not 30 – a decision President Jayewardene had made during the first three months of coming into office in 1977.

“When J.R. took over, he sent for me; he knew I had worked on Uda Walawe and had completed it. He showed me a document and asked me, ‘how long will you take to do this?’ I said six years, immediately. I was not sure, but I said so, and it got done by that time. It was not an analysis; I had not analysed it, but I gave a figure, and it was done during that period. Not sure if it was luck or what. Then just like that, he said to take it and do it,” said 93-year-old retired Civil Engineer and former River Valleys Development Board and Mahaweli Development Board Chairman Douglas Ladduwahetty – the man who spearheaded the implementation of the Accelerated Programme.

The one condition put forward by the engineers to J.R. was that they could do it if they were given the money and equipment.

“To solve the problem of finance and technology, the Government decided to give each project to different countries; we had shifted towards the US at the time and the West was willing to fund and help us,” said Wickremaratne.

According to de Silva and Wriggins, on October 14, 1977, the Government held a five and a half hour Cabinet meeting at the Mahaweli Development Board premises on Jawatte Road, Colombo 5. This was the first and only Cabinet meeting ever held outside the Cabinet office or the President’s House. All technical officers were invited to this meeting and it was decided here that they would accelerate the programme. The green light was given by the Cabinet to go ahead with all arrangements.

In early November, 1977, the Mahaweli Development Ministry was created and Gamini Dissanayake was put in charge of it. This Ministry also created the Mahaweli Development Authority and the then UNP Chairman N.G.P. Panditaratna was appointed as its Chairman. The Mahaweli Master Plan then condensed to six years, was put up for foreign funding. “These things, you cannot finish, there is always an extension”, echoed Ladduwahetty further, when asked what he thought of his scheme, 40 years later.