The one problem is debt-BY RAJPAL ABEYNAYAKE 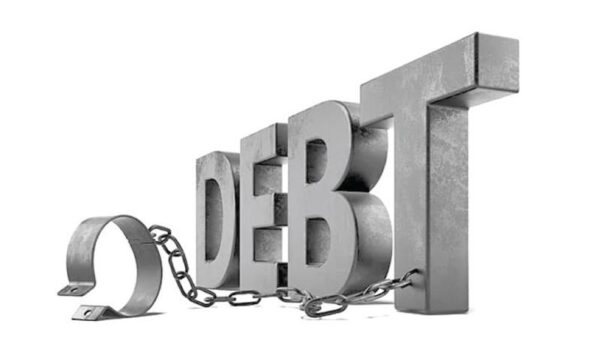 How much external debt Sri Lanka has incurred over the years is extremely clear — far too much. What’s not clear is what amount of debt was incurred in which period and what purposes each separate tranche of debt was used for.

External debt ballooned, it seems, after the budget deficit ballooned, and we are told that this happened in the last decade or so in particular.

However, successive Governments were guilty of running a massive external debt, and though much is spoken about such debt, people are not fully aware why there was such a massive component of debt that was allowed to mount over the years. Some of the debt was incurred allegedly for ‘development’ purposes, but there was also a considerable proportion of it that was incurred for consumption, and for the purposes of paying off existing debt.

The budget deficit ballooned to over five times what it used to be immediately after the battle against terrorism, to what it was in 2019 or thereabout. This type of deficit spending was over the top, but what was unconscionable was the amount of external debt that was incurred. It is time that a proper public audit is done on the extent of this external debt and the people are made aware why this massive debt component was run up by various Governments in the last decade in particular. 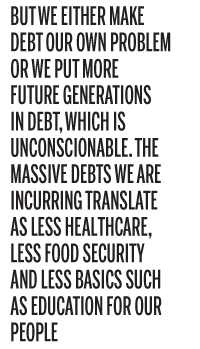 The pattern here has been that the debt ballooned, both the external debt and the domestic debt. Certainly, the mounting domestic debt has a bearing on external loans. Interest rates and an adverse balance of payments situation does too. It has been proven through observation that any country that can’t routinely handle its balance of payments well, always runs up a sizable external debt. But when a country is routinely getting used to rolling over its external debt by taking out more loans, it should be something that rings loud, insistent alarm bells. Instead of that, it became business as usual in Sri Lanka, as it became business as usual in other countries such as Azerbaijan, Turkmenistan and a host of nations in the African continent for example.

The problem is that in Sri Lanka this rollover debt ballooned and is now in the regions of tens of billions — over fifty billion USD to be precise.

Why did it happen, and could this amount of debt be run up with the people of the country largely in the dark? Just think of it. All of them have to repay the debt and future generations would have to bear the burden too. But many of them do not know a thing about how this debt accumulated, and there is nobody talking about the fact that debt rollover — paying debt with more debt — is so crazy and so foolish as to be declared illegal.

But this was what was routine — these ridiculous rollovers which were untenable but had to be done because the country had no production to sustain the debt, and had suffered in the savings department as well.

Why wasn’t any of this a subject in the national discourse? It’s still isn’t.

It’s because there is nobody holding us to the task of living within our means. So, it’s up to us to make sure that there is no financial adventurism, but in this country we have had an adventurist streak that can only be described as foolhardy. Then there was the 2015 sovereign bond issue that was fixed which meant that all of a sudden the external debt ballooned by around 40 percent, even though that figure is subject to correction.

Just imagine that the ordinary people of the country have to pay for all this adventurism and devilry? Even so there is no call for a debt audit which will make the people of this country aware of how exactly this debt was incurred.

With regard to the issue of sovereign bonds, in any event, truth be told, there is much suspicion about why there was such a flurry of plans always to desist from defaulting on these bonds, even when it was obvious that the people of this country were undergoing untold suffering due the fact that the exchequer was empty, and had been ‘cleaned out.’

Taking all these facts into consideration an immediate forensic audit into our debt and how it was incurred, particularly when it came to the issue of bonds, should be imperative. This has to be an non-partisan exercise needless to say.

There is so much talk about corruption and ‘robbery’ but the way the debt was incurred could be the greatest act of corruption that had a direct impact on the country’s economic woes.

Most of all the ballooning of our debt to GDP ratio to the 104 percent or so that obtains now, was a national calamity. Once that level of debt was incurred trying to wriggle out of it without defaulting was a farce. It simply cannot be done, especially when there is a global slump, which of course is a ‘contingency’ that should have been planned for.

When the dust settles on the task of solving the immediate economic problems, the issue of debt, particularly external debt should be addressed legislatively. No regime should be able to incur debt without getting all such loan initiatives passed in Parliament. This may seem drastic, but it is certainly better than the country going into economic meltdown coupled with the ignominy of bankruptcy.

We would of course now negotiate with the IMF on debt restructuring, and it’s clear that we have chosen to retain two reputed global legal teams in this regard, Lazard, and Clifford Chance.

But what external actors tell us should be one thing. We had better listen if we want to get that bailout.

But, apart from that, debt management is definitely not an ‘outsourced’ issue. It should be our problem because as can be seen, if we don’t manage our debt prudently we and nobody else end up paying a steep price for it. As it is, it is almost as if we are managing our debt — and are willing to restructure it — because somebody else is telling us to do it.

But we either make debt our own problem or we put more future generations in debt, which is unconscionable. The massive debts we are incurring translate as less healthcare, less food security and less basics such as education for our people.

There are economic rights which the country has to deliver on. But the people of this country have to pick up after those who incurred the debt, quite unbeknown to them. Such a situation is obscenely cruel — the people should never have to pay so heavily for something that they are in no way directly responsible for.

National focus must shift from constitutional tinkering and all that, which is obfuscation in the light of the fact that it is debt that got us into this situation. We cannot miss the woods for the trees any longer.

Now that the country has learnt its lessons, if we continue to incur debt it is pernicious. It seems nobody in a position of power however is still talking straight about debt and their role in foisting a large and obscene debt on the people. This goes for those elements on both sides of the political aisle.

The politicians before they call for more sacrifices from the people should first be enjoined to the task of shouldering the responsibility on debt. Anything other than that is most certainly not bound to set us on the correct course to recovery.