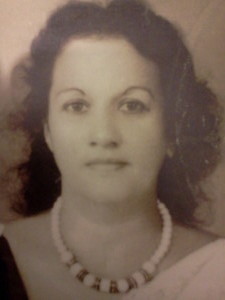 This is a true but sad “tribute” to a “Special Lady” who came into my life a few years ago. I wrote a song entitled “Another Dawn, another day”, recorded it, and was the luckiest man alive, to have had her “company” for an extremely brief six months or so, before she HAD to go back to Surrey, in Canada to “look after” two very young grand-children whose Mother, her daughter, was very ill and had to “visit” hospital regularly for treatment. We were both “single”, Dawn was the Mother of three daughters and one son and I am the Father of three sons and one daughter.

There have been a few “Stories” written about this “AMAZING WOMAN”. After migrating to Canada at the very beginning of the “Seventies”, Dawn was struck by a car as she “crossed” a main street in Surrey, on a legal “crossing”, was “pronounced dead” twice while she was being taken to hospital, but still “survived” after nearly every bone in her body had been broken, in that accident. She spent MONTHS in hospital and her Surgeons and Specialists referred to her as the “Miracle-Woman”who REFUSED to die.

Dawn was compensated for this accident but refused full-compensation because it would have meant that the “family” of the driver that had almost killed her would have lost everything they owned due to the “under-insured” status of their “driver-daughter”.

This beautiful lady then “carried on” living, surrounded by her family, in Surrey, Canada but, like so many other Sri Lankans I know, was also struck by type 2 diabetes, sadly, treated this dreaded disease with a nonchalance that was typical of her, because Dawn “loved her food with a vengence”, most of it being “detrimental to the “disease. “Ultimately, she had to suffer the consequences and the “Insulin shots” became stronger and more frequent.
Naturally, the “after-effects” of the recent “accident” also made it extremely difficult for her to carry out “chores”that she once “breezed through” She was always a “fighter”who loved to travel,  and who had, with her eldest daughter, Araliya, also seen many parts of the world, but like everything else that had to be “given up” due to her illness, this extensive “travel-bug” had to be well & truly squashed.

This did not stop Dawn from “going to the Mall” in Surrey, however, shopping and then sitting down for a snack of “coffee & cakes”, and, frequently espying someone in a position of not being able to afford these “goodies”, would “invite” this person to partake of the food with her and even “offer” this other lady, often a perfect stranger, the possibility of taking some food for HER family by paying for it herself.
Dawn was truly, one of the most “caring” people that I have ever met in my life. She would happily “share” a meal, did not seem to be ever able to say “No” to anyone that seemed to be “in need”, & was, quite possibly ” taken for a ride” many times because of her compassionate nature, but, then, that was DAWN.

Such was the nature of the lady, she arrived in Melbourne to meet me, in a “wheel-chair”.

She left Melbourne to go back home to Surrey to “look after” her grand-children, all of whom she was so very proud of, and, because of still another medical problem, (deep-vein thrombosis) it would have been too risky for me to follow her. I was willing to take that risk but Dawn advised me not to,(on the telephone) I frequently refer to “songs” that have true meanings and “Love is wonderful, the second time around” is a wonderful example. We were both “in love”and it was wonderful, but sad, at the same time.

Back in Surrey, Dawn’s diabetes got worse to the stage that it ended in an incredibly difficult decision where both her legs had to be amputated. In a “Special-Home” now, she went through her suffering with a courage that was, once again, miraculous, astonishing doctors and specialists, when, after many minor heart-attacks, strokes, etc., she “recovered” enough, to still hold daily conversations on the telephone with “her entertainer” as she called me. For my part I was PROUD to be just that,and will continue to always be proud of “my lady” who was finally called to her eternal rest at the end of March, 2016, just 3 months short of her 73rd birthday.. My entire family (including me) loved her, Every one of my friends in Australia loved her, shop-keepers & traders who met her thru me, loved her, her family, friends & even total “strangers” in Canada loved her.
DAWN WAS WELL-LOVED & DESERVEDLY SO.

God bless and keep you,  my “wastuwa” until we meet again in Sri Lanka (hopefully) the Land we were born in and the Country we BOTH love.

Another Dawn, another day
Another sweet love has “passed-away”
She was the reason, that I lived on
And she was beautiful, cos she was Dawn

Another day, another Dawn
Another reason, for this love-song
I’m sure we’ll meet again someday
And then together, we’ll always stay

This is our “sun-set”,  I’ll say “goodbye”
But, I’ll love “Dawn”, until I die
Another “sun-rise” will then resume
And like an orchid, she’ll once more bloom

Another Dawn, another day
Sad “lyrics” in which I’ll say
“You’re now with HIM, at Heaven’s door
No pain or suffering, forever more”

** Re-edited version of my Original Composition, now
dedicated to :- “Another Dawn, another day”.  D.K.