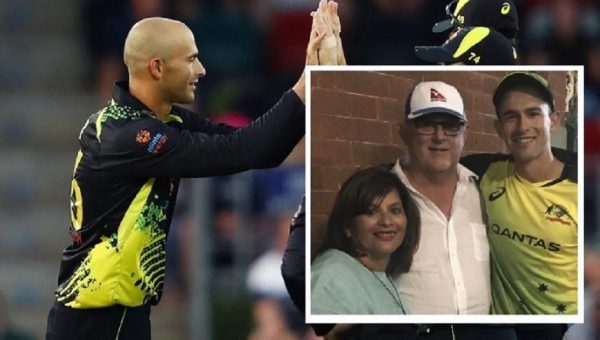 Ashton Agar, who opened batting for Australia in the third T20I in Canberra today (15), has a Sri Lankan origin.

While his father is an Australian, the mother is a Sri Lankan, Sonia Hewawissa.

Ashton is the grandson of Nala Hewawissa who played cricket for Dharmaraja College, Kandy.

Sonia, who emigrated to Australia in 1974, says her eldest son is proud of his Sri Lankan descent.

After playing for Western Australia, under-19 national team and perch Scorchers, Ashton was called up for national duties in 2013.

He had his ODI debut in 2015 and played his first T20I in the following year.