I contacted the Choir Director Rev.Crosbie De Kretser,a long standing Friend and Musical Mentor, whom I have known for over Five Decades. He was my Director Of Music way back in 1965 when I joined The Dutch Reformed Churches Youth Choir. I was a member of the Bambalapitiya DRC and we used to practice here because it was the only branch Church of the  Dutch Reformed Churches that had a Beautiful Pipe Organ.

A couple of our other Branch Churches had Organs however they were much smaller than the Organ at Bamba. I can still remember Pastor Crosbie asking me what I sing when I went for my first practice. I was sort of nervous and thought he was having me on. He asked me if I was a Tenor or a Bass, so I said I was a Tenor,(thinking I might get 10 Bucks for joining). I sang in the Youth Choir from 1966 to 1971 untill we left for Oz in 1971. So I have Miss Noreen de Silva (our Junior singing teacher)to thank, for teaching us the “Scales “and Rev. Crosbie de Kretser to thank for guiding me to singing as a Tenor.

Apparently, at that time in 1998, only Royal College and St.Thomas’College were the only Colleges who had an annual Carol Service here in Melbourne. The first Combined Colleges Choir in 1998 had representation from 13 Schools & Colleges. The formation of this Choir provided an opportunity to witness the Birth of the Christ child, to the Christian Community here in Melbourne. The format of the Annual Christmas Carol Services from 1998 to 2012, followed the Traditional “Service of Nine Lessons & Carols” as was done in Sri Lanka. The Bible readings were done by Representatives of the Schools & Colleges. A Christmas Message was given by a Minister who had been a member of one of the Christian Schools or Colleges in Sri Lanka.

From 2013 to 2019, the Choir has presented a Christmas Cantata, interspersed with Congregational Carols as well. Every year a Thank Offering is taken during the service and the proceeds of this offering is divided between a charity in Sri Lanka and Australia. The Committee of the CCSLC sends out letters to the Schools & Colleges every year, prior to the Carol Service, appealing to the Committees of these Schools & Colleges, to support this Venture, by encouraging their members to join the Choir and also making a donation to cover the costs incurred, so that the entire Offertory could be divided between the two charities. However, in more recent years, as this financial support has lessened, the Choir Committee has had to retain a small percentage of the offertory to defray the cost of expenses incurred. The affairs of the Choir are overseen by a Committee, legally appointed by the Choir members. The Choir is a “Not for profit Organization”, having its own Constitution and is registered as an Incorporated Body.

As a longstanding member of the Combined Colleges of Sri Lanka Choir, I am proud, yet sad, to say that apart from the late Bede de Zilwa, I am the only other  Peterite in this choir. Miss Noreen our junior singing teacher, if she was alive would be very sad to hear that none of her other pupils have used the training she gave us to join this choir. I extend an invitation to any Peterite (who can sing) and who is keen on joining the Choir, to get in contact with me, so that I can notify the Committee of your interest. There is a nominal Annual membership Fee of $20.00 to join the Choir and participate in the Choir service, plus enjoy the fellowship of all the other Choristers. I can truly say that it has been a very gratifying experience for me over the past 21 years, singing in this Choir and seeing the appreciation of the Congregation who attends the services each year. Some of them have attended all 21 of our services and they always look forward to the next year. On average there has been an attendance of about 400 people each year.

So my fellow Peterites, if this article encourages any of you who have the gift of singing or playing an Instrument, then have a think about how you can use that gift to bring Joy to those who come along to hear us every year. You will be amazed.

Thank You Keith Bennett for asking me to write an article on The Combined Colleges of Sri Lanka Choir.

Sincerely,
Everard Hoffman
A Proud Peterite from 1951 to 1965 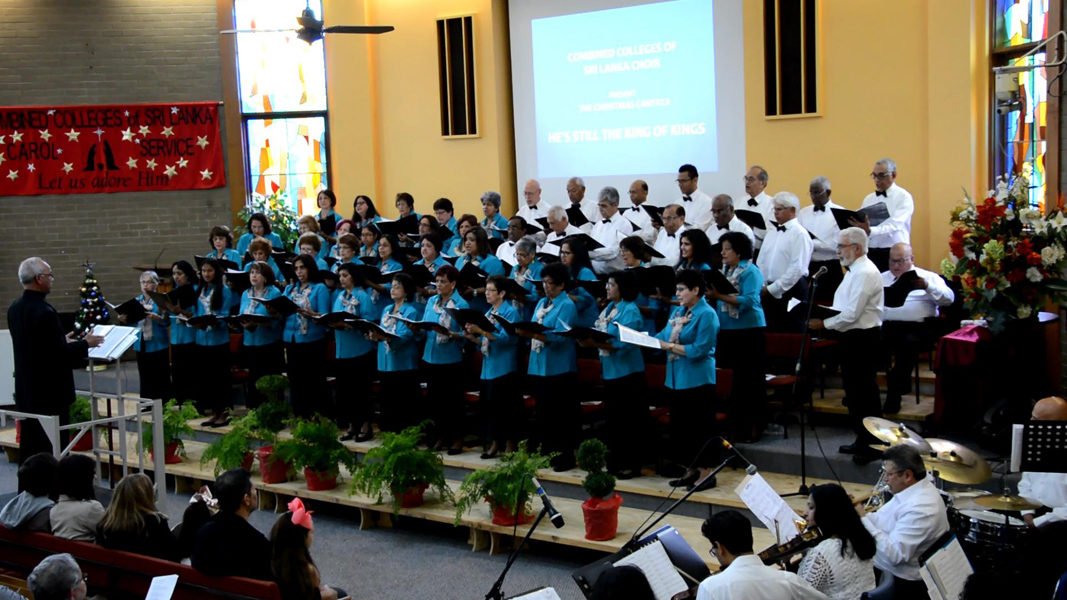 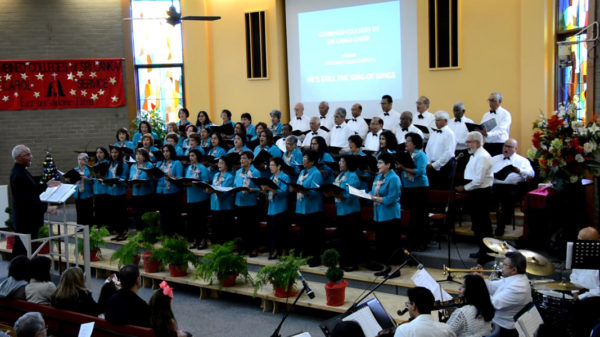 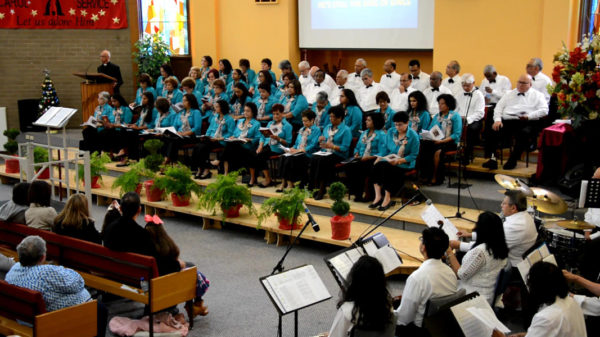