DR DANNY JAYAKODY: FROM APPRENTICE TO A COMMISSION IN THE ROYAL AIR FORCE 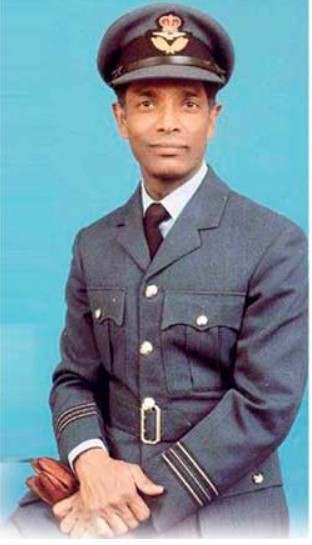 Extract of article published under the title ‘The Lambent Lad from Ganemulla’ in the FB blog of Menaka Ashi Fernando https://aviadoradeceilan.medium.com/the-lambent-lad-from-ganemulla-407e06a1e3b6

The year was 2008, and the majority of the 94th entry at RAF College Cranwell were contemplating retirement, except for one dynamic individual — Dhanapala Jayakody Arachchige. At 61, Dhanapala or Danny as he is popularly known had plans that were 180 degrees opposite to that of his cohort. He had won an international PhD scholarship to study Air Cargo Safety at the Air Transport Department at Cranfield University, and that shelved his retirement plans forever and a day. Danny was sponsored by the engineering and physical sciences research council, UK CAA and The International Air Cargo Association (TIACA) to research airworthiness risk assessment for large old cargo and passenger aircraft. His PhD thesis was titled “Bayesian Model for strategic level risk assessment in continuing airworthiness of air transport’. 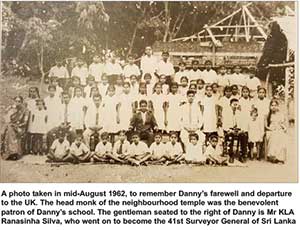 In 1962, Danny joined the 102 entry at RAF Halton as a trainee engine fitter, on a commonwealth scholarship from Ceylon. At Halton, it quickly became apparent that Danny was academically gifted. Many of his cohort buddies benefitted from his help in maths, science and English homework. This scenario, coupled with his infectious smile gradually broke down the social barriers in the entry. During this time, Danny won the national prize for the lecturette competition organized by the Royal Aeronautical Society. He topped the batch and went on to win the English prize too, despite it not being his first language!

“My arrival at Halton, a small UK rural community was a great cultural shock for me. The military environment of the sixties was far from ‘politically correct’. I was the only non-white face in the entry, and had far greater cultural differences to assimilate” — Danny

Rolls Royce was so impressed with Danny’s paper on rocket propulsion that they invited him to visit Spadeadam and witness a static firing of a Blue Streak missile. “Workshop sessions, particularly the basic Fitting exercises, showed a different characteristic; a dogged determination. Blood was repeatedly drawn as the hammer hit hand more than the chisel! That perseverance, and the patient coaching of George Edwards, our civilian instructor and father figure, hel 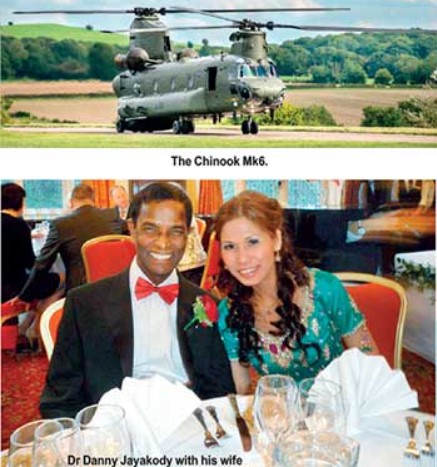 ped me through the final lap” — Danny Danny’s academic and engineering ability were soon recognised by the RAF, and he was commissioned to be an Engineering Officer at RAF College Cranwell (1968), where he gained his BSc, after which the RAF also funded his MSc in aircraft design at Cranfield. All this was put to good use in a succession of RAF engineering and Ministry of Defence and Industrial management posts.

THE BRILLIANT LAD FROM GANEMULLA

Danny was born in a village near Ganemulla, Ceylon, in December 1945. The youngest boy in a family of 4 boys and 3 girls, Danny studied at the Galahitiyawa Primary School (1949–54), and then at Galahitiyawa Central (1955–62). Danny’s entire life can be characterised by his continued learning and the application of knowledge. He gained his teaching talents and experience from the Sunday schools that he attended. Being a bright student, he was initially entrusted to teach at the Sunday school. He later progressed to teaching higher level classes. He had no formal teacher training; but simply observed adult teachers and followed suit. Danny was just 16, and studying for his GCE Advanced Level, when he embarked on his first serious job — a most creative and satisfying task. He started a tuition school, initially with only 2 students and went on to develop it to accommodate up to 80 students! The school taught English, Maths and Science to GCE Ordinary Level students and had teaching facilities for pre-school kids. The school had 7 teachers (all Danny’s friends), the oldest being just 20. Danny was the principal, accountant, publicist, purchaser, teacher and paymaster all rolled into one!

There are not many who can combine the practical with high academic ability in engineering proud of his exceptional achievements — Peter Allen In mid-2012 Dr Jayakody worked as a Senior Systems Engineer initially for Cyber Security related work. He then moved on to Airworthiness and Certification, mainly in the Chinook MK 6 delivery programme, and subsequently in strategic and policy work, setting up long term A&C infrastructure and internal processes — Boeing Defence

UK “The application of Dr Jayakody’s work to the air cargo industry is most relevant. The hull loss rate of cargo aircraft is several times higher than for passenger aircraft. The most obvious reason is that the cargo fleet is considerably older than its passenger counterpart. The aircraft are very maintenance intensive and are thus more exposed to maintenance error. This makes all the more reason to concentrate on aligning cargo fleets with the new European Aviation Safety Agency-type processes.” – John Snow, senior lecturer, Cranfield “Our largest annual scholarship award attracted a number of excellent submissions. However, air safety is the most compelling issue for our industry and the outcome of Dhanapala’s study will help identify further ways to enhance the global reputation of our industry.” – Dora Kay, chair of TIACA’s education committee.

Despite his 56-years of work Dr Danny still feels restless and yearn for work. Yes, he is no longer driven by the clock and recurring deadlines. Yet he aspires to plough back his knowledge for the benefit of the younger generation.