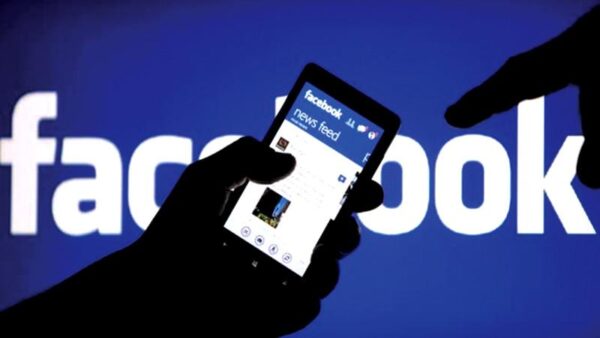 Mark Zuckerburg the Facebook head has written an entire opus about how unfair it is that a whistleblower who worked at Facebook is exposing how the company cares very little about Facebook users. 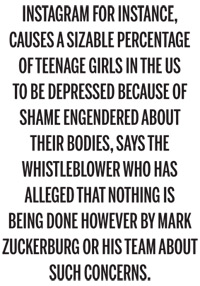 There have been Facebook related suicides particularly among teens in this country as well, and therefore it is somewhat difficult to take the lady’s alleged exposes about Facebook lightly. Also, fact-less social media posting on politics and politically related issues has been a problem in this country for quite a long time.

Added to this, Sri Lanka and similar countries are a backwater as far as Facebook policymakers are concerned and the same enthusiasm that animates the platform’s concerns with regard to cyber bullying and so on., in USA, doesn’t obtain when it comes to monitoring the social media landscape in these countries. Zuckerburg in his long and very aggrieved post on his own platform about the current whistleblower testimony before the US Congress, says the allegations of political polarisation against his organisation in the USA are unfair because there is no similar political polarisation in other countries which uses the Facebook platform.

Maybe he is living on another planet, but never mind. Political polarisation is everywhere even though there can be no certainty that Facebook is a clear suspect when it comes to such issues that exist in any politically sensitised social environment. The relevant issue as far as we are concerned is that successive governments here have had a look at the platform with an eye to controlling it if not censoring it altogether.

But each time, they have ended up not doing anything, which is good. It shows we are a by and large a tolerant society, then as well as now. However, the former Facebook executive turned whistleblower testifying before the US Congress says the social media platform knowingly harms children and US national security concerns, because all the organisation cares about are the astronomical profits it makes.

Now that Frances Haugen — that’s the name of the whistleblower — has come out with a scathing indictment of Facebook’s business practices — she’s not the first — there are several commentators out there that say it’s up to US lawmakers to draw the line when it comes to Facebook causing political upheaval, with its hardly fact-checked posting culture. But Facebook’s founder Zuckerburg says that his platform is diligent on fact-checking.

It may be in the USA, but not in most other parts of the world which are not considered as important, because there aren’t many Facebook insiders talking about the potential damage to countries outside of the US. The US Congress can force a crackdown on Facebook, commentators keep suggesting, but things are still going to remain the same over here, because there is no assurance that any changes made to the platform would be necessary reflected in faraway places such as Sri Lanka.

“Activists from Myanmar, Sri Lanka, India, Vietnam, and other countries of the global south are calling on Mark Zuckerberg to start treating problems Facebook has caused in their countries as equal to those in the Western world,” writes Hana Kozlowska, investigative reporter writing in Quartz. “Facebook is criminally negligent in all of our countries,” Thenmozhi Soundararajan, a spokesperson for a developing world social media activist group told Quartz.

“In our coalition we have the first social-media genocide [Myanmar], the Syrian war, and the disruption of the largest democracy in the world [India], and that is just us getting started. It has been the myopia of media that this conversation has focused on the global north, but our coalition represents the future of the internet as we represent the next billion users who will come online.”

So there. Most of the adverse affects from Facebook on societies are manifest in countries such as ours, but yet the global conversation about the platform’s impact is focussed on North America and Europe.

Since precious little is being done about this state of affairs perhaps the government here should consider having some control over the platform — but how could that be done without resorting to outright censorship which would constitute draconian suppression of free speech?

In neighbouring India however, the Government has managed to come up with a set of rules for Facebook and perhaps due to the sheer size of the Indian use base, the platform’s executives have by and large complied. There have been few points of contention, and Facebook did go to court over a provision in the new laws to find the “originator” of certain WhatsApp posts. This, according to Facebook, owner of WhatsApp, goes counter to the end to end encryption benefit offered in the platform.

Free speech activists meanwhile have said that India’s laws could be misused by authorities to censor legitimate free speech. “In particular, we worry that intermediaries will over comply with takedown requests to limit their liability, or will develop digital recognition-based content removal systems or automated tools to restrict content,” a UN free speech rapporteur said about the new rules.

But the Indians dismissed these concerns, and so the laws monitoring Facebook are now operational in that country which begs the question, would there be similar moves here — and if not why not?

In Vietnam, where Facebook is wildly popular, the platform’s executives have agreed to somewhat heavy handed State regulation, because Vietnam has proved to be a top rung revenue generating nation for the platform.

“We do restrict some content in Vietnam to ensure our services remain available for millions of people who rely on them every day,” Facebook said in response to questions from Nikkei Asian Review, about the content restrictions in place in Vietnam.

What that seems to prove is exactly what Facebook denies so vehemently: the social media provider cares most about the bottom line above all else, and if it’s good for Facebook the platform would agree to controls on a substantial scale, but would not, if the monetary gain is insignificant.

In Sri Lanka perhaps the authorities would have a harder time than in Vietnam and India getting the Facebook regulators to agree to any government mandated controls, but the state policymakers don’t even seem to have tried to enforce any legislation which is to the credit of successive Governments that have indicated that they’d rather not interfere with free speech. However, where does that leave the user, concerning issues in particular such as teen behaviour and so on that seem to be getting so much attention in the US, with the whistleblower Congressional hearings happening this week?

Facebook’s twin platform Instagram for instance causes a sizable percentage of teenage girls in the US to be depressed because of shame engendered about their bodies, says the whistleblower who has alleged that nothing is being done however by Mark Zuckerburg or his team about such concerns.

If that’s how they feel in the US about these matters, the damage that could be inflicted in this country on the same count is concerning because there seems to be less concern here about such impacts among the social sentinels in our society anyway. Experts on child abuse and similar concerns seem to have other things to worry about and appear to have no time for focusing on the potential damage done to teenagers — leave alone adults that are vulnerable to the influences imparted via the social media giant.

There is also the general reflex action of vehement protests each time the government even hints of regulating the platform, but the events now taking place in the US should alert local civil society to the issues concerning Facebook and any unregulated use of the platform. Free speech advocates can no longer pretend that free speech is the paramount and only consideration when it comes to the social media platform, and its twin channels WhatsApp and Instagram.

It would be totally remiss of their responsibility if they take up any such position. We need to have an urgent conversation about Facebook and its impact on society at large, before it’s too late.