Gathering at Social and Festive Events by Noor Rahim 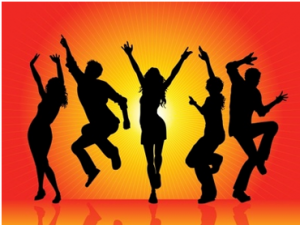 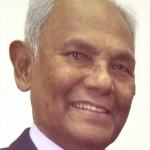 Some 30 years or more ago, we did look forward with much anticipation for the occasions, to meet-up with our own Kith & Kin, Friends and acquaintances at Social gatherings; be it confined to the inner circle of Family & Friends or at Public events in the nature of Dances or Socials.

These events were generally through invitations to Weddings & Nuptial Ceremonies; Social Gatherings and Community Gatherings; and Dances & Birthdays. Most of these events took place in Hotels or large reception halls depending on the number of invitees; or in the privacy of homes, if space deemed it possible.

The feeling of “togetherness” and longing for meeting up with “long-lost” Family members and friends was the striking note to grace such occasions. The time no doubt led to the awesome reminiscences that shed much light to the long forgotten but vivid memories of the past. Enchanting and most fascinating would be the meeting and the conversations. The camaraderie exhibited no doubt so sincere, frank and good natured that one will not feel the time while away.

Such gatherings are normally at its peak at Weddings and Dances. A time of revelry and much merry making was what in store; with the crescendo (for the imbibed) normally ending at the crack of dawn. Extended of course to the undaunted.

As the proceedings commenced you would hear the Band “strike-up”; and the music that wafted through across the “Hall “was so mellow and pleasing; capturing the audience with its rapture and sweet lyrics. Very soon the “toe-tapping” would entice the couples to get on the floor; and dance to the “slow, slow, quick, quick” dance-step – either in a slow foxtrot or quickstep (as it is called in dancing jargon); dependent on the “beat” that the music reverberates. Thus creating an atmosphere for “cheek to cheek” dancing, as it goes. Whispering sweet “nothings (?)” to each other while slip sliding away on the dance floor. The type of music is then interspersed with faster “beats” conducive to the faster dances of the “Cha, Cha, Cha”; and the “Samba” which has a “one-two, one-two” beat and is the basis for the “Baila” dance that is most popular with the folks from South Asia.

Needless to say the music was soothing and the lyrics had such meanings to it that enchants and scintillates; with its magical taunts to the listeners in the audience and the dancers on the floor alike. So much so that the dancers “soft whispers” can be heard by each other; and the general audience would be able to converse with each other, in addition to their “toe-tapping”, whilst in engrossing conversation with those around them. Thus leading to such meaningful and warranted reminiscences.

As the night comes to an ebb; I’m sure they would be wanting the wee hours of the evening would remain so that they can carry on with their camaraderie. But alas! All good things must come to an end; is the saying. So, undoubtedly one will await a next time; at the least. Thus you leave all your kindred with a touch of nostalgia and the longing of meeting again, to the strains of “till we meet again”.

But as everything else the World is fast changing and to most of us grooved in the old traditions it is a mite too mind boggling to comprehend, at times; even though we have the capacity to “go with the tide”; it may not be necessarily to our liking. “So let’s go with the flow” should be our trend and mindset – as some would say just “Suck it up”.

We still crave for the meeting up with our Kith & Kin; Friends and Acquaintances ever so much – especially when we age. There is no doubt it would be at functions as mentioned in the above paragraphs.

But woe be gone! In the present age; the first thing that you encounter is the blast of the sound that hits you right in the chest and your hearing. You find that the music is so loud that your ear drum cannot cope up with the beat of the drum. The blast that comes out of the DJ or the Live Band is nothing like the “Blast of the Past”. This cacophony is continuous – From “live” Band to DJ they go back and forth. Even the “Supper Time” is not spared. Thank God the dishes on the Buffet table are tagged with the description of the food; else it would be another shouting match with the Chef to find out what it is. Making conversation is just an impossibility. Even yelling at each other does not bring the conversation to fruition. All that it makes you do is to run to the bar to “whet your whistle”; for sound is no barrier at the bar – just point out the brand; fill and drink and the fiery liquid speaks more than the sound – is the common saying. Perhaps only the “clinking” of the glasses will be seen; though not heard; and this would be most meaningful to the imbibers.

With the chance of a good conversation being non est; except for the “nods” of acknowledgment the next recourse is the dance floor. You will find the floor packed to capacity to a Hall filled with the loud cacophony of sound; and has to the song you will just find the “one-liner” of songs that really does not give any meaningful rhetoric or lyric. Yes! You will be hard pressed to exercise your skills of the “foxtrot” or “Cha, Cha, Cha”. But you can certainly do the “Baila”; with most hopping around (“up & down” like a “cat on a tin roof”); with wild flailing of the limbs. It is a “no steps” type of dancing that is practiced on the floor these days – in this modern age. Only body gyrations and arm movements being the order of the day – in no set manner at that; but in keeping with the rhythm of the “jungle beat” – so to say. One thing you do not have to fret over is that if you bump into each other or tread on each other’s toes in the melee, it’s no bother, you just get over it with a cursory glance at each other. Of course you can even get “bumped” out of the floor; and just continue your dancing, perhaps in greater safety.

The gyrations surely would have taken the wind out of your sails. The yelling match of conversation would have parched your throats to a mere strained vocal chords; and the clamour for a cooled beverage, that would be the panacea for the dehydration and the hoarseness. So do venture out to the Bar – not to vent your plea but to imbibe on the nectar that is a quick remedy for all round exhaustion that has been encountered.

So! There you are at the end of the event getting set to go home after an exchange of “contact details”. Longing to “hit the sack” to wear out the strain in body, soul and vocal chords. To some that are really worn out sleep comes easy; and to those who want to continue with the “Tamasha” (enjoyment) to imbibe a little more; and think of the good time that just culminated. But don’t forget the fact that come waking up time and it’s time to make contact with the others who attended the party. Of course it is time for the “Post Mortems” to take place. At least this aspect will cover up for the lost conversations and reminisces that was missed in the “din” of things; and this in the comfort of your home sans disturbances. So will end this important and sought after meeting of the Clans and the Friends.

Until the next time one can only bid Au Revoir. Hoping to meet Kith & Kin; Friends; and Acquaintances at the next “gathering”. For this is really the modern “Jet Age” and one must get attuned to this fact; and just move on and enjoy every little bit of it. For those who find this type of “gathering” not conducive to themselves; they could really and easily find solace and peace in places of Religious worship. Albeit this should be the primary objective during the time of Religious Festivities; which very many do not address and give scant thought to. Having said this let’s keep moving on in our lives and take it a day at a time; as surely as time marches on. 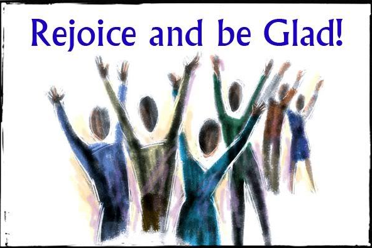