With around 50 percent of Australian-born Sri Lankans living in Melbourne, it is no wonder that there were many multi-faith vigils and prayers held in many parts of Melbourne in the days following the Easter Sunday bombings which took place in Sri Lanka on 21st April 2019. It left two Australians of Sri Lankan heritage among the dead, along with many overseas tourists and a death toll on the rise numbering hundreds.

Once such special memorial service was held at St Paul’s Cathedral, Melbourne, on Sunday 28th April, arranged by the Consulate General of Sri Lanka, Mr Prasanna Gamage, in association with the Very Rev. Dr. Andreas Loewe, Dean of Melbourne.

Hundreds of people gathered in Federation Square holding posters of support and then on the steps of St Paul’s Cathedral, whilst inside the Cathedral over 1000 Sri Lankans, Australians and other nationals gathered to light candles and pray for those who were killed and injured at places of worship and luxury hotels in Sri Lanka.

Among the dignitaries who attended the memorial service were:

Parliamentarians representing almost all political parties both at Federal and State level, including Senator Penny Wong representing the Federal Opposition.

members of the Consular corps

Her Excellency, Hon. Linda Dessau, delivered the second lesson while The Very Rev. Dr. Loewe conducted the proceedings of the service.

Clergy representing all four main religions of Sri Lanka lit candles in memory of the victims.

The Hon. James Merlino, MP and Actg. Premier conveyed condolences on behalf of the State Government.

Mr. Prasanna Gamage, Consul General of Sri Lanka, in his peace message highlighted the importance of non-violence and love in the teachings of all religions.

Major edifices in Melbourne were lit up in an act of solidarity and sign of Victoria’s grief for the people of Sri Lanka on Monday 22nd and Tuesday 23rd April. 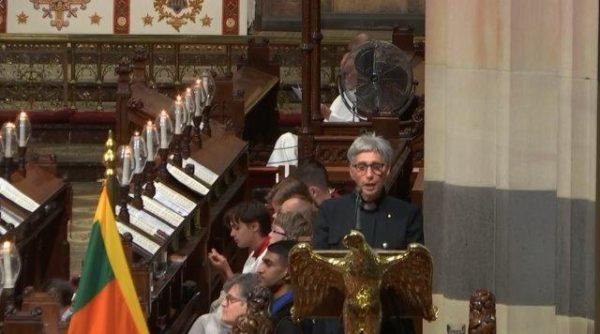 Her Excellency the Hon. Linda Dessau , Governor of Victoria 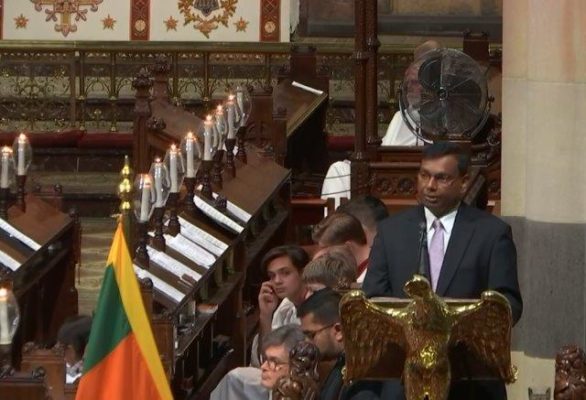 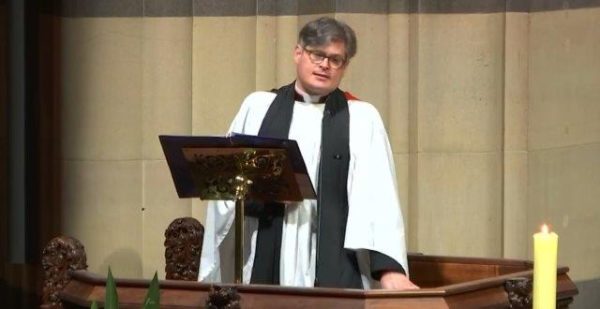 With clergy of all religions