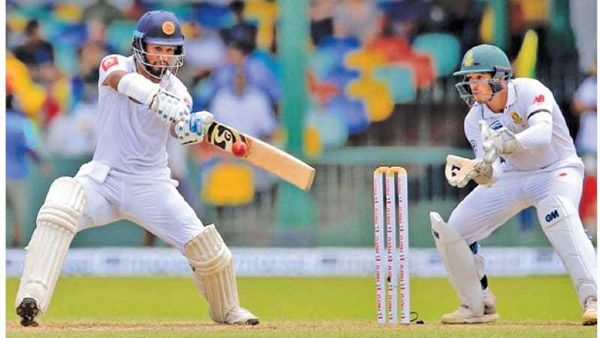 With yet another crushing defeat, this time at the hands of South Africa, Sri Lanka Cricket finds itself on the wrong side of everything including public opinion to justify the millions pumped into four foreign coaches to handle a team of 11 done and dusted professionals.

In the backdrop of the defeats most Sri Lankans have begun to ask how aliens can shape what is a Sri Lankan mindset given the fact that all cricketers entering the National team have been groomed by their respective school or club coaches who in contrast are seen as substandard when it comes to mentoring players on the international stage.

While other Asian countries like India and Pakistan along with the current top teams Australia, New Zealand and South Africa have their former players and home grown coaches to successfully shape their respective teams, Sri Lanka is still caught up in the foreign coach syndrome for more than 20 years.

Having recruited what is called a ‘head coach’ who is a foreigner in South African Mickey Arthur, the Sri Lanka team also has three more foreigners to tell the highly paid players how to hold a bat, how to bowl straight and how to catch a ball, all aspects that local school coaches in the island have already imparted.

But an investigation by the Sunday Observer has revealed some shocking details how money is being squandered for purposes that don’t benefit national interest on the long run while no effort is being made to groom coaches through what the experts call a “breeding ground”, meaning a First Class club system like it is for players.

The contention is that while most of the top cricket nations have their own home grown coaches that have come through a Club, State or County system, Sri Lanka has none of it which does not subscribe to the “breeding ground” theory.

An official of Sri Lanka Cricket who spoke to the Sunday Observer only on condition that he not be named for obvious reasons, acknowledged that as long as the clubs which make up this breeding ground for players do not target coaches to become specialists in their respective fields, the problem will keep festering.

“Yes that is the one and only remedy. If you want specialist coaches you got to breed them at club level and not at school level just like we do with players” he said.

But asked what was holding things back, he replied: “As you know there is so much politics in this place and money is channelled to the wrong areas. We no longer have a place to hide from this rot”.