Stories Behind Names of Places in Sri Lanka DAMBULLA – by Dr. Nimal Sedera 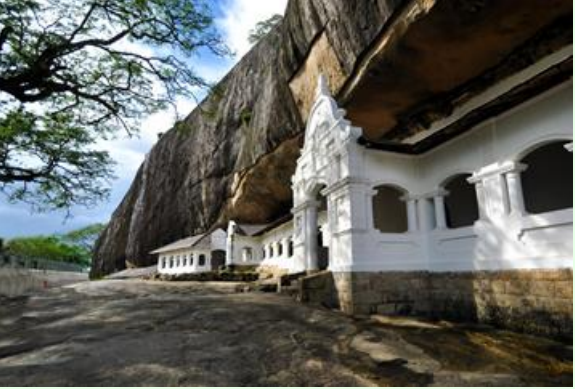 Ninety percent of the names of places of our country are linked to stories of Kings of our history.

The name DAMBULLA too has this similar effect. The unique King’s Palace used by only one single King in our history is Sigiriya. It was built and used exclusively by King Kashyapa. This palace built on a beautiful huge rock has been hailed as a masterpiece of art in the world and has been declared as a man made wonder of the world.

King Kashyapa was a son of King Dhathusena who was famous as a pious, religious King who worked for the betterment of the people and made the country prosperous . The Kala Wewa he built stands as a monument to his contribution to agriculture of the nation. He had two sons and one was Kashyapa who killed the father and became the ruler of the nation. His brother Mugalan, in fear of life, left to India. King Kashyapa lived in fear that his brother would return to Sri Lanka to battle with him some day.

Hence Kashyapa was a King who lived in fear for ever. He was concerned of his protection and set up a strong network for spying suspicious intruders to the kingdom. One day the spy network spotted a suspicious character not very far from Sigiriya and the news was relayed to the King. The disturbed King ordered that the person be killed by pushing a pole from the anus. Further, the King ordered the very suspect to make his own pole from a “dambu” tree for the implementation (ula thiya mareemata).

With this wicked punishment using the ”Dambu Ula” the area was called “Dambuula”and over the time came to be known as “DAMBULLA”.