Tharinda Gunawardena is a renowned lyricist ,media personnel an Attorney -at-law by profession turned a proficient lyric writer lately though had shown symbols to have talent as a lyricist from his tender age. He and family migrated to Canberra the capital city of Australia over seven years in year 2014.As a song writer apart from the above he possesses the ability to combine his thoughts, ideas and passion blending together to bring out his intentions to his gratification. As any other song writer Tharinda is bound to improve by leaps and bounds on his skills by mounting erudition. The lyrics of Tharinda deviates from the usual decoration of lyrics like love, hatred etc which could be illustrated when his songs are overheard also through the titles of all his songs. 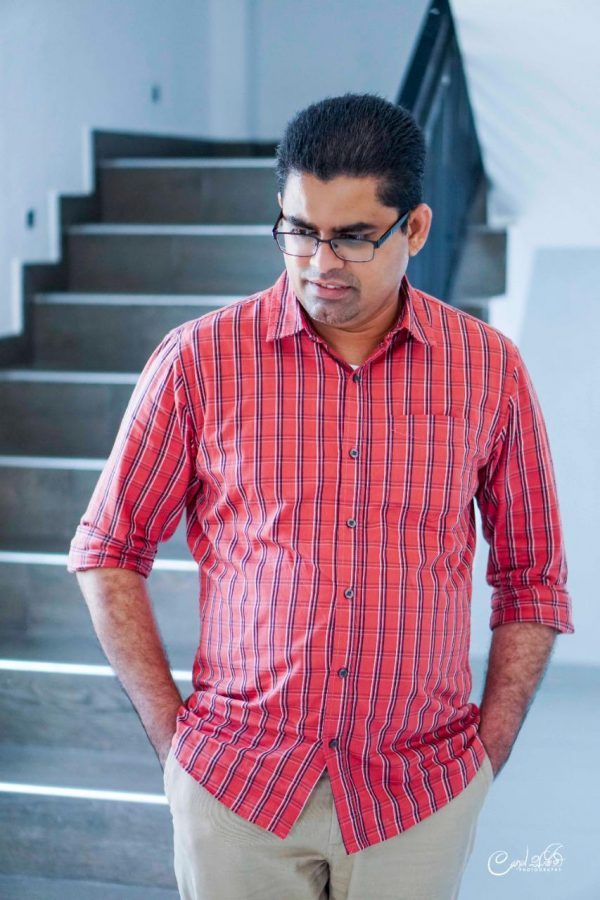 Tharinda hails from Kolonnawa has had his primary and secondary education at Asoka  Vidyalaya Maradana and Royal College Colombo 07.Tharinda had possessed innate talent in the Sinhalese vernacular though not having inherited from his lineages. Tharinda had affirmed that many students at Asoka Kanishta were talented in aesthetic regions. It was during his tenure at Asoka Kanishta he had scripted his first song”Sirilak Manige Daruwa Api Yamu Yamu Idiriyata” for SLRC “Udara” program for which his teachers Leslie Wijewickrema and Dhammika Karunaratne had aided him.Later on he was afforded the opportunity to host ‘Muthuraha” also at the SLRC for the program produced by Lalitha Siribaddana.At that time Tharinda had alleged that he would accomplish his ambition in becoming a television host. 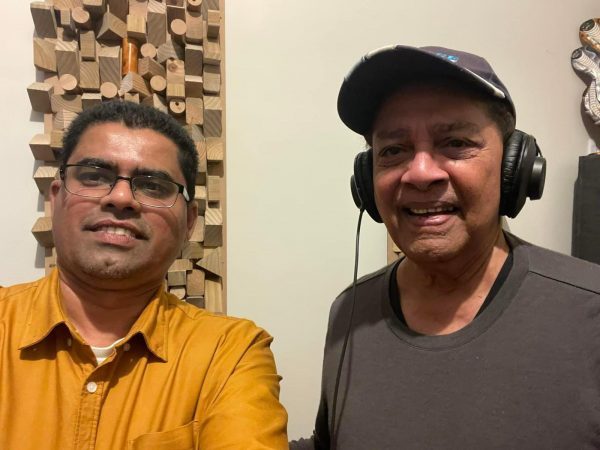 An article of Tharinda was published in the renowned ‘Sarasaviya “newspaper recently. The journalist who penned it had initially was inquisitive to know who the lyricist for folk singer Nilakshi Helapitiya’s song“Mage Komala Patavunge” sung to the melody of Dharshana Wickramatunga. Subsequently browsing the internet ,Face Book and the You Tube had found that it was Tharinda Gunawardena the lyricist had scripted many songs for a number of reputed vocalists thereafter having become a sought-after lyricist. Tharinda had been equally conversant in the English vernacular had lectured English for students for fifteen long years during and after his tenure at the University.

At Royal College Tharinda had followed the arts stream for his advanced level in 1996 had emerged as the student with most marks had been presented with the Sir Henry De Mel memorial award. In the University Tharinda had pursued a career in law had passed out impressively to be sworn in as an Attorney-at law civil and criminal Lawyer in the year 2005.However a great ambition that was lingering in him was to become a radio or a television host There had been a period when Tharinda had opted to meet various head of media with a view to fulfil his desire. Of course, Tharinda had endeavoured to extreme intensity by visiting all media stations. One day after a hectic three hours of frustration he faced decided to drop the concept etched deeply in mind. But on the insistence of a close associate, he was asked to attend to an interview at the SLBC education service for posts of relief announcers’ vacancies to which Tharinda had attended. The personnel who interviewed he recognised were titans in the media field Professor Sunanda Mahendra and veteran dramatist and author Sugathapala de Silva.He had been asked to express the word “kawda” in five different ways, to sing a song and read a news communiqué. Tharinda had triumphed excelling at the interview. Sugathapala De Silva had uttered.”kollo you have a penetrating voice”. To his disbelief Tharinda had been selected fulfilling his childhood vision to become a host in the media arena. He had worked to fulfill his desire but had to vacate rather early in this vocation owing to his University assignments which was evidently a precedence. 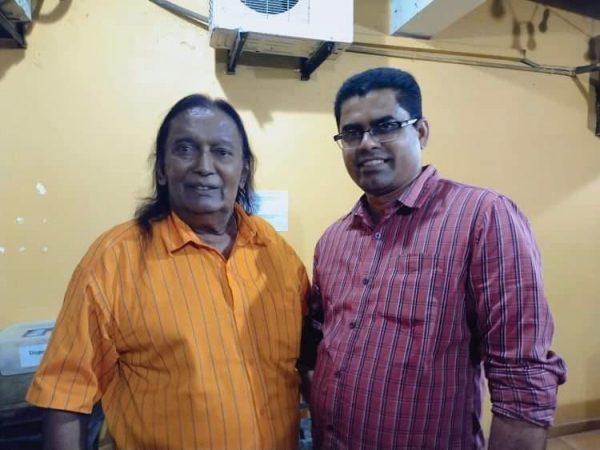 Tharinda had over the years had scripted lyrics for many singers mostly renowned veteran singers like Dr Victor Ratnayake ,Dayan Vitharana.Lakshman Hewavitharana,Nilakshi Helapitiya,Gyathri Ekanayake, Indika Liyanage . For the songs of these popular artistes were in par with those lyrics of legendary lyricists Karunaratne Abeysekera and Prema Keerthi de Alwis which are recollected instantaneously by listeners.. Tharinda had recently scripted lyrics for two novice artistes in Canberra Dulsiri Watawala and Sharman Ariyadasa in order to promote their vocal talents as he had done by obtaining the services of young talented musicians

It is pertinent to mention that Tharinda had comprised lyrics for a “baila” mode song “Kompaghgha Vidiye” for late Desmond de Silva which is predicted to be a colossal hit incidentally the last song of Desmond de Silva prior to his sudden demise. Here too like in most of the other songs the music and melodies were of Dharshana Wickramatunga

Tharinda had deployed the services of many acclaimed musicians giving due recognition for novice musicians to come to fame.The renowned musicians are Dharshana Wickramatunga,Karunaratne Wijewardena,Mahinda Bandara ,Priyantha Nawalage,Nawaratna Gamage, Wimal Dayananda while novices were Malika Ratnayake and Dhanushka Liyanage.It is appropriate to state that for Dr Rohana Weerasinghe’s song “Nidi Waru Deneth” the music composition and melody was by his son a potential musician Kalindu Weerasinghe. 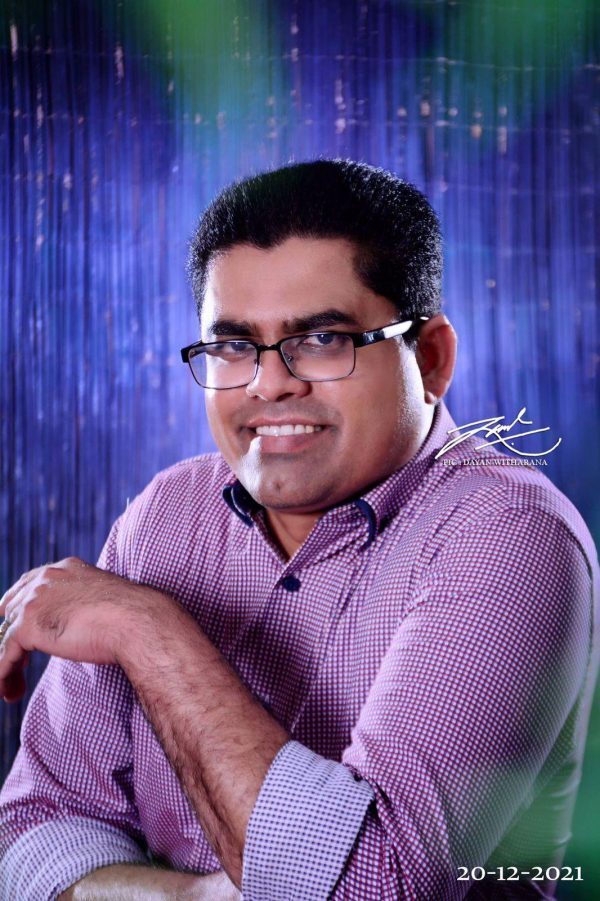 It was the other day during a short visit to his native Sri Lanka Tharinda had been invited to the guest seat in the Sihinayaki Re,the uninterrupted trendy program of the SLRC on Sunday nights ,which most Sri Lankans and those domiciled in overseas countries patronise with booming interest .From the conversations he immersed with the experienced shrewd presenter Mahesh Nissanka head to head having triumphed and navigated over in many conducts standing tall.

All followers of Tharinda Gunawardena would no doubt wish him more success in his forthcoming endeavours as a prolific lyricist.