Thomian, Trinitian to light up 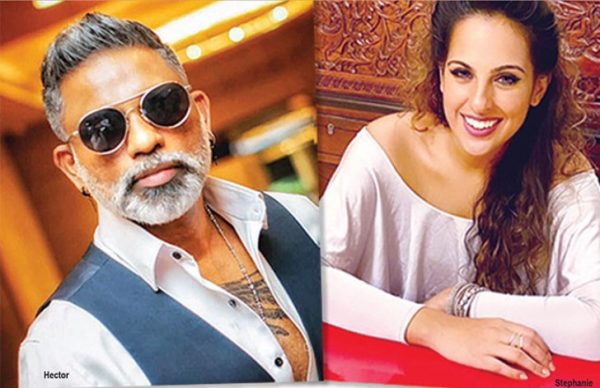 I’m a Peterite and I know for sure that we, Peterites, do have a whole lot of talented entertainers. And, believe it or not, there is a Peterite entertaining guests at the Galadari Hotel right now!

Yes, St. Peter’s College, Bambalapitiya, is celebrating its centenary, this year, and, obviously, there will be lots of special events, organised by the OBU (Old Boys) domiciled abroad, to mark this milestone.

The London event is one of them and the Peterites OBU UK is calling it ‘La Bamba Nite 2022.’ It will be held at the Hilton T5 London, on September 17th.

The Thomian and Trinitian, who will be in London, to light up the Peterite scene, are Sohan Weerasinghe and Clifford Richards. (No doubt…as the saying goes, variety is the spice of life!)

They are probably the best when it comes to entertaining, and interacting with the crowd, and the Peterites, in London, will certainly be kept in a jolly mood. 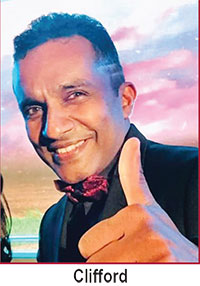 Sohan and Clifford will have for company Stephanie Siriwardhana, while Hector Dias and the band D Major, will be on stage, doing their thing, as well as providing the music when Sohan, Clifford, and Stephanie, are in the vocal spotlight.

Clifford, I’m told, will also take on the role of compere.

Sohan says he is eagerly looking forward to this event, especially since he hasn’t had an overseas assignment for quite a while, due to the pandemic.

“I’m also keen to be a part of the Peterites scene and make it memorable for them as they are celebrating their 100th anniversary,” said Sohan.

Back home, Sohan & The X-Periments, with Trishelle, will be seen in action, this Saturday (February 26th), at a sing-along event, organised by the Old Nalandians Sports Club. 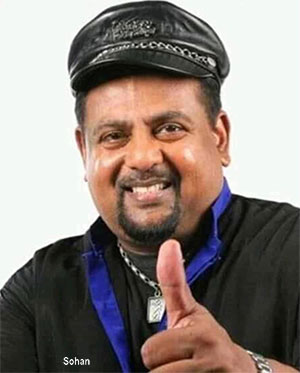 From 7.00 pm onwards, at the Grand Monarch, Thalawatugoda, the action will revolve around Sohan and his band, and also Falan Andrea and Keerthi Pasquel…not forgetting some of the guests who would be in the vocal spotlight, a swell.

In a chat with ‘Star Track,’ Sohan acknowledged that the showbiz scene is showing signs of improving but admitted that big events, like dances, are still not on the cards.

“We do have work coming our way, like sing-alongs and weddings, but the big scene is missing.”

Unfortunately, with the pandemic, nothing is predictable, and the Omicron variant is making matters even worse.