WOMEN’S T20 WORLD CUP PREVIEW – SRI LANKA: The Cricketer takes a look at the strengths, weaknesses and key players ahead of this year’s tournament in Australia… Chamari Atapattu: Sri Lanka will be looking to their skipper for inspiration. Atapattu has an excellent record in international cricket, with six centuries. This includes 113 against Australia during the recent T20I series between the two sides, proving she knows how to score Down Under.

Atapattu can also deliver some handy medium pace, picking up 47 wickets at international level. And she has experience of playing in the KSL and WBBL, starring for Melbourne Renegades in the latter.

Shashikala Siriwardene: One of the more experienced players in the squad, Sri Lanka will need Siriwardene to put in a huge shift with both bat and ball if they are to have any chance of progressing.

The 34-year-old is the country’s second highest runscorer in ODIs and has more than 1,000 runs in T20Is. Siriwardene is also closing in 200 international wickets through her offbreaks, including eight four-fors. No one has taken more ODI wickets for Sri Lanka.

Umesha Thimashini: Thimashini is the youngest player in this Sri Lankan side. The 18-year-old, who bowls offbreaks, broke into the team at the beginning of last year during their tour of South Africa.

She has not managed to make much of an impact so far, failing to score more than nine in her first five T20Is, but hopes are high for the fledging allrounder. 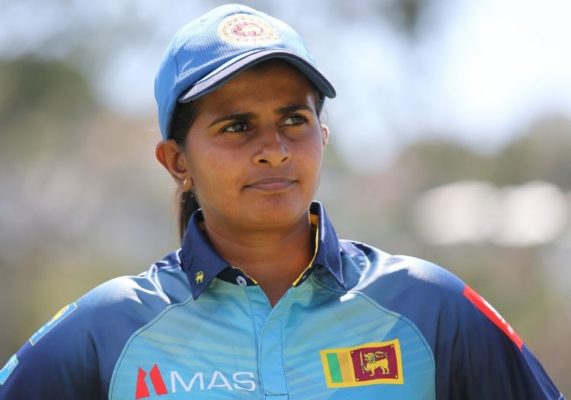 Sri Lanka’s strength lies in their two star-players, Atapattu and Siriwardene. The two have performed at the highest level for several years now and will be a source of inspiration for the rest of the team, including young players such as Thimashini.

They also have the benefit of recently playing a T20I series in Australia against the current champions. The experience will help them as they try to compete against the very best.

Sri Lanka are enduring a shocking run of form. They have not won a T20I match since the last World Cup in 2018, beating Bangladesh by 25 runs, meaning they have lost 10 consecutive matches.

And there is not a great deal of quality in the squad, bar the aforementioned Atapattu and Siriwardene. They are one of the weakest teams in the tournament and will struggle against the likes of Australia, New Zealand and India.