And so, it is on again. Cricket, lovely Cricket, the Ashes Series, between the two arch-rivals of the game, England versus Australia. Coming to us via “The Guardian”, and Frank Bennett, this interesting little article gives us 19 things to look out for, in the Series, and, let me add the 20th, which is my prediction for the result of this “test series”.

I think that Australia will win the Series, although, not by a big margin. England too, has an excellent team, this time, and Australia will have to fight this battle to the very end.
The mere fact that Messrs. Smith & Warner are back in the side, for Australia, will be the difference in the game, I think, but as I have always said (& written),in ANY game, there has to be a Winner & a Loser. The likelihood of a “Draw” is quite remote, however, the winner, while rejoicing their accomplishment, should always respect the loser, who may well “turn the tables” the next time.

Ashes 2019: 19 things to look out for in the England v Australia series

From shirt numbers to the Test Championship, via concussion substitutes, bantermime booing and much more 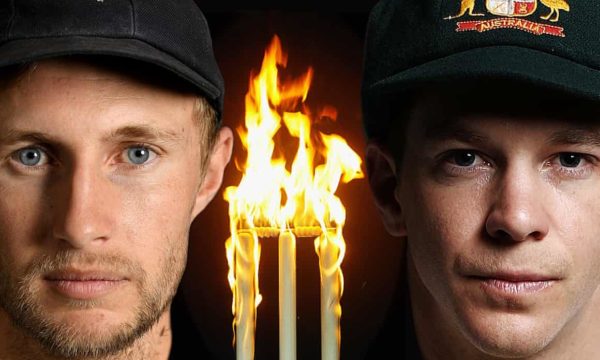 The Ashes. It is on! Photograph: Getty Images 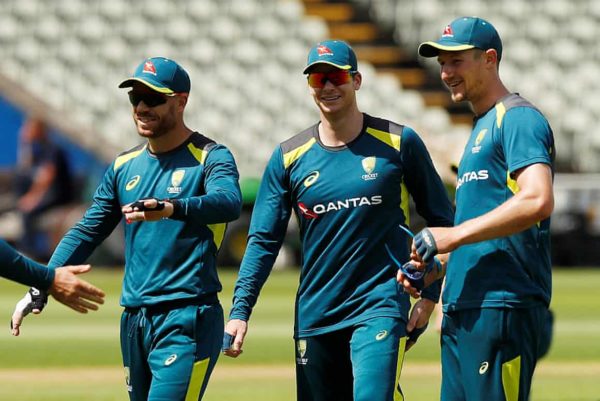 10) The back page has never been held for the announcement of a vice-captain, yet this year’s are more noteworthy than usual. Ben Stokes will be Joe Root’s deputy for the first time since Bristol, while Australia’s quest for elite vice-captaincy has led them to appoint two: Pat Cummins and Travis Head. Not that this a guarantee of selection. Mitchell Marsh was joint vice-captain when he was dropped during the Australian summer.

11) After a successful trial in domestic cricket, concussion substitutes will be used in Test cricket for the first time. There are still some grey areas, but if a player is concussed his team will be allowed a like-for-like replacement that is approved by the match referee. 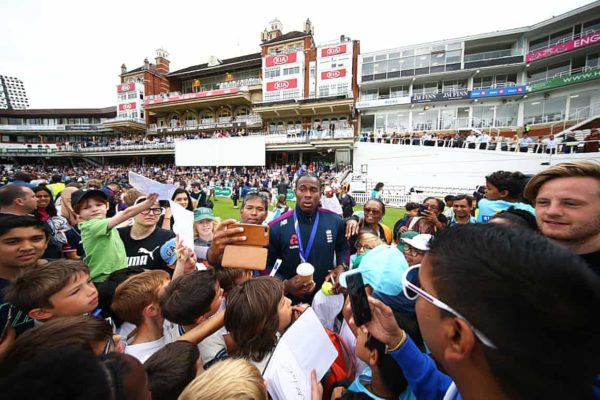 13) The second day of the second Test at Lord’s will be the first Ruth Strauss Foundation Day. Both teams will wear red caps, while there will also be red stumps and special shirts in support of the Foundation that was set up after the death of Andrew Strauss’s wife last December. The idea is based on the Jane McGrath Day, which has become a highlight of the Australian summer.

14) Kumar Dharmasena, the umpire whose decisions caused such controversy in the World Cup semi-final and final, will be back in England for the first two Tests. He’s not the only one who may find the past being discussed: Aleem Dar, umpire for the final Test, was in charge when Stuart Broad was infamously given not out at Trent Bridge in 2013.

15) The Ashes may be won in a factory in Walthamstow. In May, after a run-laden start to the county season, the ECB asked for a new batch of Duke balls to be made for the Ashes, similar to those used in 2017 and 2018. They have a bigger seam and a heavier lacquer, which England hope will allow their seamers to expose Australia’s fragility against the moving ball. 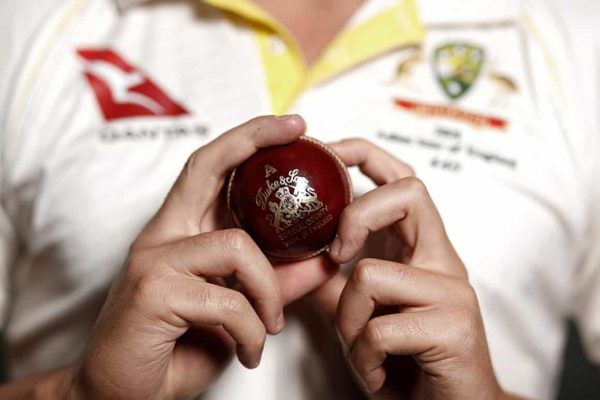 16) The 2015 Ashes, which lasted 18 days, equalled the shortest five-Test series of all time. It might seem like a never-ending boreathon in comparison to 2019, which has all the necessary ingredients – fragile batting, high-class bowling, lively pitches, a ball that never stops talking – to be a blink-and-you’ll-miss-it affair.

17) Headingley is indelibly associated with the Ashes, scene of immortal performances from Bradman, Boycott, Botham (and Willis) and Butcher. It used to stage a Test in every Ashes series – but has hosted only one in the last four series, so there will be almost an air of novelty when the teams line up for the third Test.

18) England are not the only team who may play a wicketkeeper as a specialist batsman. Matthew Wade has played 141 of his 142 international games as a keeper, including all 22 of his Tests. But Tim Paine’s presence as captain and wicketkeeper means that door is closed, so Wade – who has been in extraordinary form with the bat for the last year or so – seems likely to take his place as a top-six batsman.

19) Ashes series define some careers – but they end a lot more. There is usually at least one emotional farewell, and the 2013-14 and 2015 series ended multiple careers at a stroke. The squads for the first Test include 14 thirtysomethings – the oldest is Jimmy Anderson, who turned 37 on Tuesday. If England regain the Ashes, and especially if he gets the 25 wickets he needed to reach 600, he may find the fairytale exit too hard to resist.

Quote of the week

“It was his time to pay back to Pakistan cricket. He should have carried on and helped Pakistan win Tests, a format in which the team is struggling” – Shoaib Akhtar is unimpressed by Mohammad Amir’s retirement from Test cricket at the age of 27. The Pakistan head coach Mickey Arthur added: “He had five years out of the game, we mustn’t forget that. He didn’t do anything. He could have managed those five years better.”

Edgbaston is England’s answer to the Gabba – an intimidating cauldron for visiting teams, writes Ali Martin. Pat Cummins is backing the English conditions to suit him: “In England you can always sense a wicket coming.”

Fit-again paceman James Pattinson is raring to go too: “Every wicket is like a release … I need that feeling.”

The true effect of sledging on performance is nothing to shout about – there’s no evidence that it works, finds Sean Ingle.

Before Wednesday’s final Women’s Ashes T20, Meg Lanning is still unfathomable to England bowlers – as Geoff notes, they haven’t got her out since 2015.