A tiny spark of light which began four years ago after a Sydney-based Sri Lankan couple read the inspiring story of a girl in a remote village in Sri Lanka doing well in her GCE without the benefit of lighting is now an ever growing brightness for the poor.

The Anduren Eliya – Darkness to Light – solar powered light donation program is one of the most successful solar projects done in Sri Lanka, without fanfare and by selfless volunteers led by Chandra Fernando, his wife Marie, family, friends and the community.

The solar power project has special meaning for Mr Fernando.

“The solar program was started in May 2014, after we read an article about a student from Uva Province passing her high school examination with the highest marks,” Mr. Fernando said.

“We were impressed that she had been studying under a bottle lamp.

“As a person who did not have electricity in my home, till I was 20 years, and used to studying under the bottle lamp, my dear wife Marie and I wanted to do something.”

Within a few years, the group has handed over its 1000th solar package to a Vedha village where the chief Uruwarige Vanniyala  Eththo received them gratefully.  The organisation also donated solar packages to the Aadivaasi Veddah Community in Dambana.

They, along with their local church community, also provided help for flood victims in Sri Lanka when contacted by a priest in one of the hardest hit areas.

Hundreds of poor villagers are now able to have basic lighting, transforming their lives and also providing a safe environment because of the accidents associated with kerosene oil lamps.

According to the statistics in India and Sri Lanka, in Sri Lanka annually three to four children die of kerosene oil accidents or house fires.

“Our solar powered lighting packages, which are given free of charge to families, do not require them to buy kerosene all the time.

“Our lights give a bright clean light.

“There are no hydro-carbon fumes from lamps, they are environmentally-friendly and safe.

“Some families cannot afford to buy food at least twice a day.

“This is a relief for them.  At the last distribution in Thalakolawewa  (they handed over 56 packages) a mother had been crying when she told that her son studied under this light for his scholarship exam, and that merits should go not only to the organisers, but all who are connected to the program.”

Mr Fernando, 76, said they have helped villages including those in Mahiyanagana, Padiyatalawa and Maha Oya area  and  Aadivaasi Veddah village.

“When we offered a light to Veddah chief he declined.  But at the last distribution he had requested two packages, one for his son and one for himself.

“So we imported two packages with four lights and donated them.”

The Fernandos and their group do regular fundraising and I got to know about their charity when my wife and I ordered rice parcels during one of their fundraisers.

His son Ranjan told me about the amazing work they have done and all credit to his dad who has been working tirelessly behind the scenes.

“Everybody who heard about this project wanted to contribute.

“By the time money came, we had already ordered solar packages from China. “

Residents ordered the rice packets from all around Sydney as word got around via social media, phone calls, texts and person to person.

The selling of rice parcels is a popular way of fundraising and other Sri Lankan organisations in Australia have also resort to this when looking for financial help for their projects.

“All distributions to doorstep were done by volunteers (mostly Sri Lanka community of Campbelltown area).

He emphasised that they do not take any free parcels but pay out of their own pockets.

“We are doing this for the poor and (and if we can send one extra package), we do,” said Mr Fernando, who has spent thousands of dollars to co-ordinate, host people, and travel.

“This money is not included in the Charity Accounts.

“What we get from all this is satisfaction that we are able to do something for the needy in our own mother country.”

The Sinhala Schools association, in Greater Sydney, which recently celebrated their 25th Anniversary, included a colour page advertisement for Anduren Eliya in their souvenir free of charge.

“Our project is a God-inspired one.  He from time to time, either sends someone, or funds or an inspiration.

“Thank God!!  At the age of 71 years, after reading about a girl who passed HSC with highest results from UVA Province, in the Sunday Paper, my wife and I started it.

“First we gave coin collecting tills to friends and relations.

“That year when Schoenstatt Sisters had their centenary celebrations they sent a message asking me to have a food stall and take all the money for the project.

“We sent 51 Units to Galgamuwagama Primary School, and thank God, we are receiving lot of support from the Sri Lankan Community.

“We are ACNC Registered and approved by ATO – Deductible Gift Recipient.

“We can issue tax deductible receipts for donations received.”

However, the organisation pays a lot for custom duties and charges in Sri Lanka, which is something the Sri Lankan government should waive off.

Mr Kushil Gunasekara from Foundation for Goodness has praised this work saying in a letter to Mr Fernando: “Chandra, that is an incredible achievement especially to dispel darkness and illuminate their lives which I reiterate as most meritorious and extremely noble.

“It brings fond memories to rejoice on the same lines how we have also been able to construct the milestone of 1000 houses post-tsunami.  Like-minded groups can never stay apart. 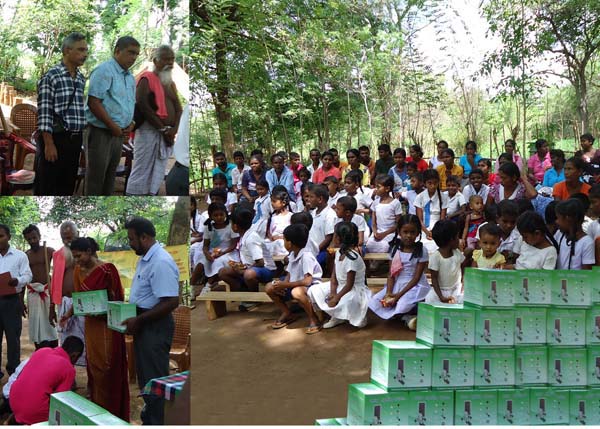 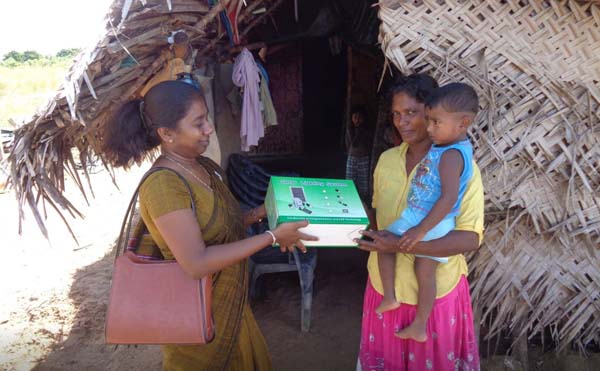 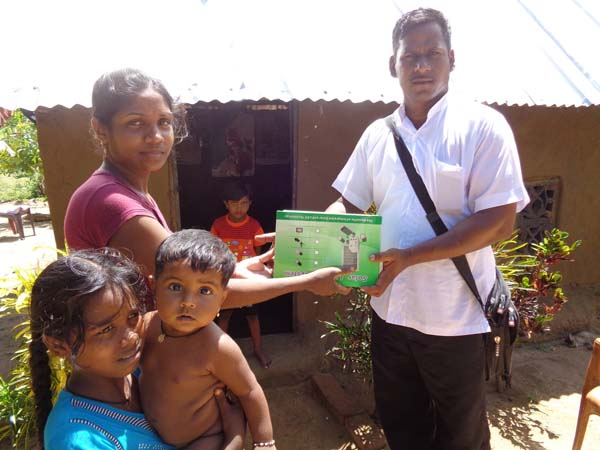 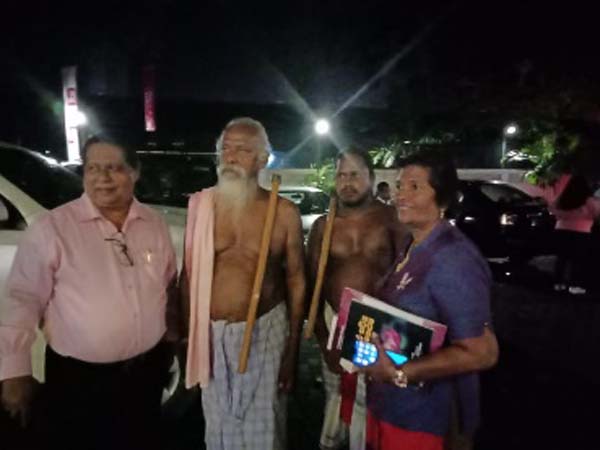 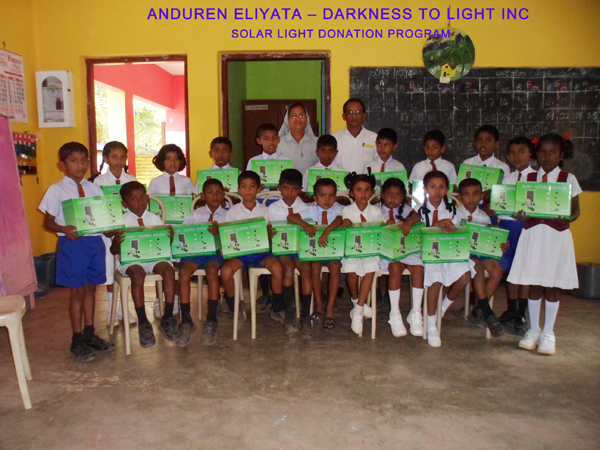 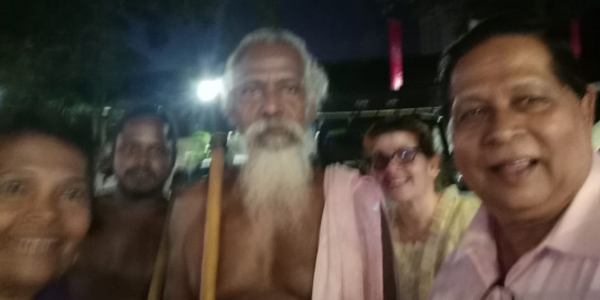