Equipped with bliss of serenity. 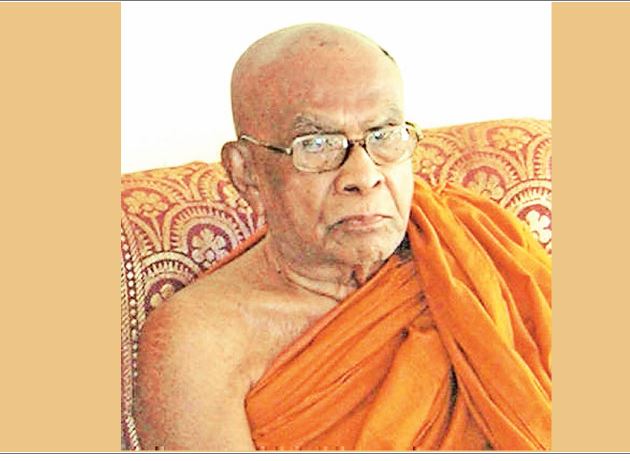 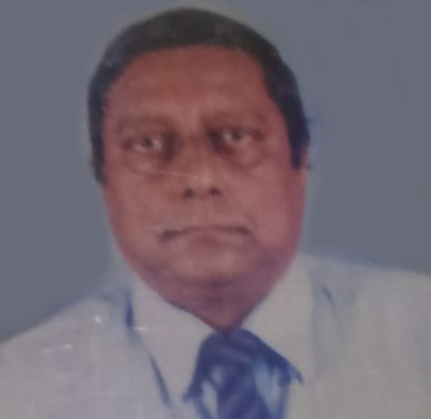 The Mahanayake of the Amarapura Nikaya, Dharmarakshita Sector, Chief Incumbent of Ratmalana Mallikaramaya temple Agga Maha Panditha Rajakeeya Welgama Gnanarathana Thera passed away in the year 2014 at the age of 101 years.

The Thera was conferred with the title Agga Maha Panditha by the Burmese Government in 2008. He was born on October 14, 1913, to devout Buddhist parents at Welliweledeniya in Weligama, as the youngest in a family consisting of 12 siblings. At the tender age of 12 years, he was ordained at Ahangama Eluketiye Bimbarama Maha Viharaya.

The Thera completed his primary monastic education in the village temple. In 1931, he entered the Vidyodaya Pirivena, Maligakanda, one of the leading monastic centres.

The Thera was engaged in oriental studies and passed the final examination in traditional studies obtaining a Pandith degree in 1948 mastering Sinhala, Pali and Sanskrit languages. This is the highest qualification one can obtain in Sri Lanka to be conferred as an honorary Panditha. A milestone in his distinguished career was the invitation he received from the Most Venerable Palene Vajiragnana Thera, Chief Incumbent of the Sri Vajiraramaya, to stay at the temple.

As a stern disciplinarian, the responsibility bestowed on him was an exercise he grabbed with pleasure as the opportunity arose for him to impart his wide knowledge in the Sasana. In 1950, the Thera accompanied Venerable Madihe Pannasiha Thera to India on pilgrimage and study for six months. This tour gave the opportunity to acquire the required knowledge about the Indian Buddhist heritage. He also toured Nepal, the birthplace of the Buddha, in 1951 along with a group of monks. This pioneering effort was aimed to reintroduce the Theravada tradition to Nepal and in conducting the higher ordination ceremony. The function was not held in Nepal for centuries. The cultural and religious links built between the two countries exist even up to today.

In 1955, the Thera graced the sixth council in Myanmar. This tour afforded the unique opportunity to study the Burmese Buddhist tradition.

The Thera was actively engaged in propagating the Dhamma nationally and internationally while resided at the Vajiraramaya. But he had to leave the premises as he was not a pupil ordained under Venerable Madihe Pannasiha Maha Nayaka Thera.

Concepts such as sin, shame, determination, concentration and right-mindedness were common topics chosen for his sermons. His approach towards devotees instigated and motivated the lay patrons to take interest in the activities of the temple and its succeeding developments.

The Thera’s temple has a sense of serenity and calm which impresses anyone entering the premises. Although the Thera has been conferred Agga Maha Panditha, he sustained to reside humbly in the room he occupied since it was originally constructed. He was still accessible to any devotee. His age then had been no barrier to his services to the devotees. He still continued to preach and still visit houses of devotees to render traditional services anticipated from a Buddhist monk.

The Thera opined that a Buddhist temple must always be nothing other than a Viharaya and a religious institution. The temple is devoid of a devalaya and unaffiliated to any established political party. The Thera always maintains his impartiality but will not hesitate even for a moment to be outspoken on matters concerning the Sasana and society.

The Mahanayaka Thera had been a renowned preacher on the national radio station for over seven decades. He could keep the listener and viewer spell-bound. His sermons had distinct characteristics and in his own inimitable style in an uncomplicated language. He knew well that it had to be pleasing in the beginning, pleasing in the middle and pleasing at the conclusion. He established the unique technique as a preacher over the years enticing the listeners of all ages with soothing and informative sermons with his inherited offerings.

The Thera has rendered a memorable contribution to the print media by writing many books on Buddhist theories and practices. He has the habit of donating his books to the lay patrons. He has written nearly 100 large and small books on different topics and contributed immensely for Buddhist magazines. The Thera is also the author of many scholarly books.

Following his demise at the age of 101 in 2014, all devout Buddhists would no doubt bless our Most Venerable Agga Panditha Maha Nayaka Thera to attain supreme Bliss of Nirvana and be his journey through the samsaric cycle be short and swift. The yeomen service rendered by him to the Sasana will no doubt be engraved in gold.