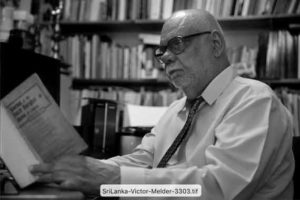 Former Sri Lanka Test Captain Suranga Lakmal has informed Sri Lanka Cricket (SLC) that he will retire from all forms of International Cricket following the completion of the upcoming Sri Lanka Tour of India 2022, the SLC said today. “I’m indebted to Sri Lanka Cricket for giving me this astonishing opportunity and having faith in me to bring back my mother land honour as it has been absolute pleasure to be associated with the board that shaped my professional life and also enriched my personal development,” said Lakmal in his retirement letter submitted to Sri Lanka Cricket. “I have nothing but the utmost respect for all my players, coaches, team managers, support staff, administrative staff and all other supportive staff,’’ Lakmal has said further. Suranga Lakmal played for Sri Lanka across all international formats, making valuable contributions to the betterment of the national team. “We take this opportunity to wish Lakmal the very best for his future endeavors, and looking forward to seeing him perform for the country during the Sri Lanka Tour of India, if the selectors consider him for the tour,’’ said Ashley De Silva, CEO of Sri Lanka Cricket. ‘‘Lakmal has been an excellent contributor for Sri Lanka Cricket and delivered some memorable spells during his national career, and his services will be remembered well.’’ added De Silva.(Colombo {Page, 2.2.2022)

With the second T20 against Australia to be played today (13), Sri Lankan fast bowler Binura Fernando has tested positive for Covid-19. A rapid antigen test had confirmed an infection, and a PCR test result is awaited. Binura excelled with the ball, returning with two for 12 in four overs, in the first game of the five match series. Batsman Kusal Mendis, who tested positive for Covid-19 earlier, is likely to be available for the third T20I. (Ceylon Today, 13.2.2022)

Sri Lanka have been fined 20 per cent of their match fee for maintaining a slow over-rate against Australia in the second T20I in Sydney yesterday (14). Match referee David Boon imposed the sanction after Sri Lanka were found to be one over short of the target, after time allowances were taken into consideration. In addition, opening batter Pathum Nissanka was given a warning after being found to have breached Article 2.3 of the ICC code, which relates to “use of an audible obscenity during an International Match”. In addition to this, one demerit point has been added to his disciplinary record. The incident occurred when Nissanka missed a ball whilst batting and reacted using inappropriate language which was clearly audible on the stump microphone and on the field of play. Captain Dasun Shanaka and Nissanka both pleaded guilty to their respective offences and accepted the proposed sanctions, so there was no need for a formal hearing. (Ceylon Today, 15.2.2022)

Australia beat the touring Sri Lankans by an one-over eliminator (when scores were tied) in the second T20 International played at the Sydney Cricket Grounds (SCG). Scores:

Three members of the National T-20 team Avishka Fernando, Nuwan Thushara and Ramesh Mendis will return home from Australia due to injuries while rest of the T-20 team members already toured to India for the forthcoming T-20 series which will commence from 24th in Luknow, India. Sri Lankan top order batter Avishka Fernando suffered a knee injury during Australian T-20 series had got injured during a practice session held in Australia which requires him to undergo a surgery and he could be out of Cricket for 3 to 6 months. Meanwhile paceman Nuwan Thushara walked off the field during third Australia T-20I, and he has been diagnosed with a left side strain, ruling him out of the remaining of the series. The off spinner Ramesh Mendis fractured his right thumb while batting during a training session in Australia and selectors already replaced young off spinner Ashain Daniel for India T-20 series as well as Indian test series. (Daily News, 22.2.2022)

The national selection panel headed by former fast bowler Pramodaya Wickramasinghe has come in for high praise after they stuck to strict fitness guidelines and did not make any exceptions for those who had failed to reach minimum fitness standards ahead of Sri Lanka’s tour of India. Top order batsman Bhanuka Rajapaksa is the biggest casualty as he was overlooked for the three match T-20 series starting this week. Rajapaksa was in the Colombo bubble along with seven other players who were training ahead of the Indian series. Earlier this year Rajapaksa had announced his international retirement but after intervention from a VVIP he had made a u turn pledging his solidarity with Sri Lanka Cricket. It was reported that he will be given certain exceptions when it comes to fitness, but to the selectors’ credit, they have stuck to their guns demanding all players who intend to represent Sri Lanka to meet minimum fitness standards. The Island learns that while Rajapaksa had completed the two kilometer run under the stipulated time of eight minutes and 35 seconds, his skinfold levels were over 100. Players need to maintain skinfold levels below 80 to be eligible for selection. With Rajapaksa getting an IPL deal, some expected the selectors to soft peddle, but they have not allowed anyone to take short cuts. Several players earlier had become ineligible for selections after failing fitness tests. The strict fitness regime imposed by Mickey Arthur was expected to fall off once the former Head Coach moved on, but the selectors seem to have realized the value of placing a high premium on fitness. The national selection panel announced the squad for the India series yesterday and Rajapaksa was omitted. (Daily News 222.2022)

Sri Lanka all-rounder Wanindu Hasaranga will miss the upcoming T20I series against India, Chairman of National Cricket Selectors Pramodya Wickramasinghe told the Daily Mirror. During the Australia T20 series, the all-rounder tested positive for COVID-19 and was subjected to COVID-19 protocols in isolation.  However, Mr. Wickramasinghe said that Wanidu Hasaranga has again tested positive for COVID-19 in the latest PCR test in Australia. Therefore, he will have to undergo a 7-day mandatory quarantine period again and will not be able to participate in the India series that will commence tomorrow. (Daily Mirror, 23.2.2020)