“FROM THE ISLAND OF SLAVES” – By Des Kelly

I remember Slave Island very well. While it was quite handy to the Fort of Colombo, it wasn’t even “in the running”

finance-wise. While I am uncertain of the details of this “Sorry-Suburb”, I guess that it was a focal point from which Slaves were procured, to be the Servants of the rich and famous. It did come under the jurisdiction of Colombo 2, and quite possibly had some input into the building of “Elephant House” (the Slaves, I mean), a fairly large, but ordinary 1 storied building, taken over, and managed by the “Suddhas”, who served their customers with the best butter, cheese, puddings, eclairs, chocolates, etc., that we, in Colombo 4 (Bambalapitiya) couldn’t afford.

Yes, I remember Slave island and Elephant House very well, but look at the joint now. From the time when a dollar in American money seemed to represent a fortune, and where the TALLEST building in Fort was the 7 storied Times of Ceylon, in Prince Street, to BILLIONS of Dollars, Thirty-storied Cinnamon Life Tower, plus many other towers, towering and thrusting themselves into the skies of Colombo. Please read and enjoy this transformation of Slave Island into a veritable Millionaires’ Complex. 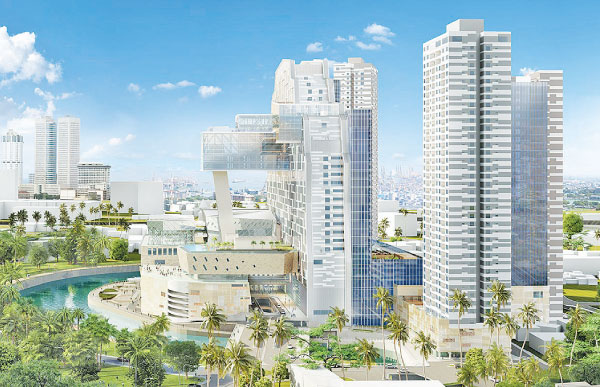 One of the iconic landmarks of Colombo and the single, largest, private investment in Sri Lanka (US$ 1 billion) Cinnamon Life by John Keells Group, is rapidly progressing where the structural work of all buildings are now complete.

“Cinnamon Life office tower would be ready to be handover by March 2020. In addition, the residential buildings, the hotel and the mall will be completed by March 2021,” said Chief Marketing Officer and Executive Vice President of John Keells Group, Roshanie Moraes. 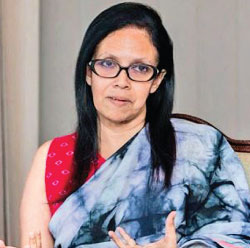 The ‘Office Tower’ is a 30-storeyed A-grade workspace designed on a ‘shell and core concept’ with each floor consisting of a usable 10,564 Sq. feet area. Ten Floors of the office tower, from Level 20 to 30, would be for sale, while Level 6 to18 would be for leasing. “This tower would be the hub and driver of innovation and vibrancy in Sri Lanka’s corporate arena.”

Several modern sustainability measures were introduced with rain water harvesting for toilet flushing / urinal flushing for Low zone offices and Dual flushing cisterns for toilets for the project. 5G connectivity too is provided.

Pre-marketing for the project is already on the way, while the response is encouraging. Several regional global corporate offices based in India are keen to relocate or move some for operations to Sri Lanka, while multi nationals too, wish to have their regional offices at Cinnamon Life.

“The prime attraction is Sri Lanka’s living conditions, including quality education and the safety aspect. In addition, the Cinnamon Life’s location and its close proximity to the Colombo Port City where major economic activity is to take place once its operational, is another plus point when it comes to marketing. Commenting on the 32nd Floor, 800 guest rooms, 5 star Cinnamon Hotel and Mall, she said that Cinnamon Life is expected to be the hub for MICE (Meetings, Incentives, Conferences and Exhibitions) activities in Sri Lanka, especially attracting large scale MICE events from India. It would also have Sri Lanka’s largest 1,800 slot hotel car park. The hotel, which is the largest in Sri Lanka, would be home to 20 restaurants and bars, including six specialty restaurants, housed within the tower along a ‘Sky Lobby’ at Level 24, with separate VIP lobbies and drop offs. The 12 floor Retail Mall, comprises of five levels of retail space with a gross floor area of 24,489 sq m., including a Retail Mall service area retail/café spaces on the ground floor and excluding car parks which are across six floors. “This would add value to both hotel guests and residents in apartments.”

The Mall would also feature some of the best entertainments put together by the Cinnamon management. 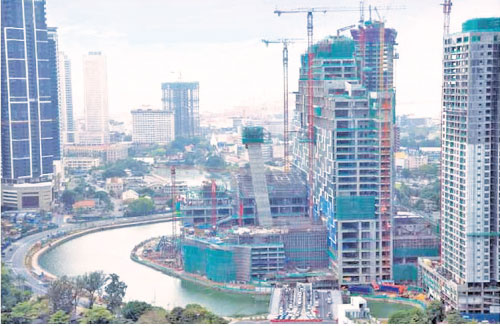 She said that 65% of the apartments have been sold out, while out of the buyers, 65% are local investors, 25% expats and 10% foreign investors. She said that tourism recovery was faster than they anticipated and settling political situation too would be an advantage for the future of the real estate and tourism sector.

The total revenue from the sale of the residential apartments and 10 floors of the commercial office space of the “Cinnamon Life” project is estimated to be USD 250 million. (SS)