Jack, disillusioned with restrictions on movement asked John-why so-John explained the reasons-so obvious and said-that some are stressed out and some ponder as to what hit them and how they could face this-new normal-till a new order is so ordained

A Message from The Great Beyond By Oscar E V Fernando

Is the new attention a covid syndrome-asked Jack

END_OF_DOCUMENT_TOKEN_TO_BE_REPLACED

The Mystique of Christmas Joy – by Oscar E V Fernando

“Christmas is the spirit of giving without a thought of getting. It is happiness because we see joy in people. It is forgetting self and finding time for others. It is discarding the meaningless and stressing the true values”

why do you say Jesus is God asked Jack END_OF_DOCUMENT_TOKEN_TO_BE_REPLACED 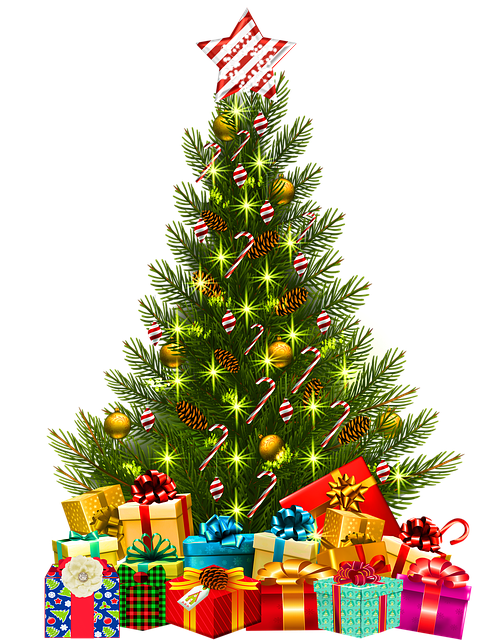 why do you say Jesus is God asked Jack

read the bible both old and new with the mind’s eye open-follow teachings of the ‘Jesus instituted church’-to know Jesus is God-while some others woefully attempt to deny this and insist, he is only man-but more of that later-just for now-why this Joy at Christmas-said John END_OF_DOCUMENT_TOKEN_TO_BE_REPLACED

The ethnic issue and fear of power devolution – By Oscar E.V. Fernando

Communities in this country consisting of Sinhalese, Tamils, Muslims and Burghers that stood together for the cause of independence in the thirties, became estranged and some of the disgruntled, left out shores.

What put them apart? History, that is often opinionated with probable views, was the probable cause for parting of ways-and history will not bring rice to the table!

Some say this, pointing out to reams of papers – and some say that, by pointing out another set of papers. We may argue and debate this history till the cows come home – but if both sides stick to their guns, it will only end in fisticuffs – or more likely gun battles – for hate will not cease with hatred-only love and forgiveness will conquer!
END_OF_DOCUMENT_TOKEN_TO_BE_REPLACED

The happy isle that was – By Oscar E V Fernando

Reading a piece of Des Kelly, editor in chief of E Lanka Journal of Australia-on the internet, carrying very interesting articles poems etcetera bringing nostalgia to some of us remaining in this fair isle and to those who reluctantly migrated in search of pastures green to satisfy their unsettled psyche.

Des Kelly had referred to some epithets familiar to us that were in use in the good old days where we were able to laugh at ourselves-some of these were-lansia karapotha-goigamalansia etc-these were humorously and or derogatively used depending on who used it and for what.

Even before this era there is evidence the isle was happy and contended with the likes of andere-keeping all entertained.

Can we say this was because all communities that inhabited the isle were salt of the same piece of earth Sri Lanka!?

Communities in this country consisting of Sinhalese, Tamils, Muslims and Burghers that stood together for the cause of independence in the thirties, became estranged and some of the disgruntled, left out shores.

What put them apart? History, that is often opinionated with probable views, was the probable cause for parting of ways-and history will not bring rice to the table!

Some say this, pointing out to reams of papers – and some say that, by pointing out another set of papers. We may argue and debate this history till the cows come home – but if both sides stick to their guns, it will only end in fisticuffs – or more likely gun battles – for hate will not cease with hatred-only love and forgiveness will conquer!

Bowing to the majority views, some left the shores peacefully for greener pastures and some have remained to fight another day – and so they fought: they are sure to fight till end times – for hope springs eternal in the human breast!

It can be said that the shadow of a majority inevitably falls on any minority of a country; that is an unstoppable and, unavoidable occurrence.

But jeopardizing the rights of a minority will only increase the animosity of a minority or a set minorities, and the shadow of this animosity will fall upon the majority in more ways than one-as we see now happening – from inside the country and out!

It is possible that a boat load of people, settled in foreign soil, may face onslaughts on their rights – for a limited time. But eventually with increase of the progeny, they get used to birth rights on this soil. It can be conjectured that in this island two sets of peoples began to grow in large numbers on two sides of the divide. One side grew into a majority and the other became a minority.

With reams of disputes both communities claim this island as their motherland – leaving the indigenous Veddhas in apparent slumber!

There were amply coded papers of power devolution pacts, agreed upon by Parliament over the years – but we know these papers were torn to pieces in public, due to the influence of extremists, that swayed political voters!

Can the worth of a human being be reduced to a piece of paper? Isn’t their human dignity a point to be considered? Bur however;

It significant to note that there was a call for devolution of power named Tamil Arasakatchu in the good old friendly State Council of the thirties: this call was certainly not due to the grievances subsequent to euphoria fifties nor was it due to abrogated power devolution pacts of the fifties, sixties and seventies!

Why then, this call for an Arasakatchu in the thirties?  Was it not the proximity of Tamil Nadu to our northern shores that spurred such a call? Was it not a clear prospect for a future demand for a wider Tamil Eelam by the then latent Tamil extremists!?

Is it not this very same proximity that is at the bottom of the southern psyche to fear power devolution? A genuine fear that the south will become a regional minority!

Without proper discussion of these fears and taking suitable steps to eliminate such fears objectively, aren’t we not just shadow boxing over pieces of paper?

Yes: there was intense crisscrossing on this patch of sea between our north and TN, during LTTE gunrunning and, in a lighter vein, even before that – with the northerners taking a boat ride of an evening to see a film in TN and returning for a good night’s sleep!

However, we see that countries geographically smaller than ours like, Belgium and Switzerland having power devolution: what prevents us from this exercise, other that the fear of being a regional minority?

Much waters have flown under the bridge subsequent to such sordid operations down this stretch of the Red Sea, while some southerners were blissfully unaware!

Now the Navy is guarding the island’s border right round. There should be more vigilance over the Red Sea border – adding the Army and Air Force too – and perhaps also get the assistance of New Delhi as in the Indian Peace Force exercise of yore – until the ‘umbilical cord’ over the Red Sea is finally cut; or will it need eternal vigilance for a wider scope for peace?

With this behind us, is it not time to forget the pre-global era Elara battle and also the grievances over the years, to consider cautious power sharing – in a unitary state – where power once devolved can be revoked by the Central Government, as per this writer’s understanding: it is also conjectured that flimsy revocations may not be feasible under the present global vigilance!

With both political forces in the country now in a common objective, this may be the last chance to open our eyes!

None so blind as those who stubbornly refuse to see – but keep on clasping ethnic prejudice – a dangerous game to play in this global era!

When will both sides ever learn to shed pride for Nelson Mandela-styled love and forgiveness!?

ecology! screamed Jack-does it bring bread to the table

END_OF_DOCUMENT_TOKEN_TO_BE_REPLACED

Living in the Present – by Oscar E V Fernando

Rhythm! a boring repetition-a quirk of creation to be bourn as a burden from womb to tomb-or an eternal melody rendered to thwart a humdrum existence?
a matter to sit and ponder-the sun rising and setting day in day out and why so the moon too
a bore for some-not for those that dream dare and die-nothing ventured nothing gained and those accepting gloom will lament and lament alone till the day of doom to froth and fume-like all others who may ask-why this and not that-the stubborn rhythm will last forever and for ever
let’s behold the beauty and glory of each passing day with no weighing thought of the past-nor imaging a wishful dream of a bloated future-a future that only awaits a concrete plan with lessons learned and positively thought-laid out for its disposal to last