It was four days before Christmas and father Asiri was in his little office room when Peter, his faithful sacristan who doubled as butler, bodyguard, odd job man, et al, came in and announced that a young woman wished to see him. Although parishioners young and old visiting him was not something to be considered special, father Asiri detected something in Peter’s manner that told him it was not a normal visit.

The young girl ushered to his presence was no more than twenty, dressed in a wrinkled skirt and blouse and was carrying a child who  could not be more than a few days old. She could not be called beautiful but could have been attractive if not for her troubled look. Fr. Asiri inquired from her what the problem was but it was Peter who answered saying that she had been sent out of her house. END_OF_DOCUMENT_TOKEN_TO_BE_REPLACED 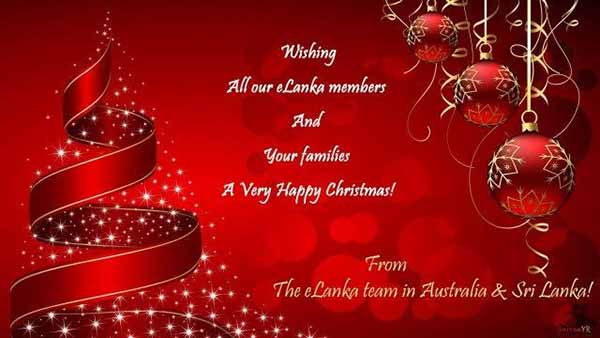 FELIZ NAVIDAD – Blind Guitarist and Percussionist in one – Amazing talent!

Somebody stole my Christmas – by Capt. Elmo Jayawardena

The Mystique of Christmas Joy – by Oscar E V Fernando

Unforgettable Burghers in the OTS of the 1950s

Webinar on Business Environment and Opportunities for Joint Collaboration with Australia

DON BRADMAN AND HIS MEN IN CEYLON – by Neville Jayaweera

With one thing and another happening during the Christmas season this year, what with COVID-19 and restrictions, the 18th of December passed without the installment of the Notable Peterites being published. We apologise to our fans for that miss.

With our apology tendered and with a promise not to miss deadlines where future publications are concerned, our publication today is about the the first Peterite Priest (the only full term Peterite), to be elevated to the rank of Bishop. END_OF_DOCUMENT_TOKEN_TO_BE_REPLACED 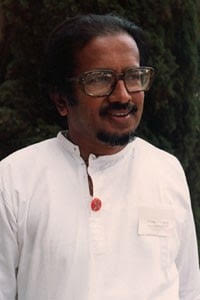 18th of November has come round and in the run up to the Peterite centenary falling on 18th January 2022, having covered the notables among the Rectors (including the first Peterite to be Rector, Fr. Claver Perera), today we commence publishing brief details of notable alumni.

What better way of presenting notable alumni than to commence with those who served in the Vineyard of the Lord.

Since the death anniversary of Rev. Fr. Michael Rodrigo fell on 10th November (30.6.1927 – 10.11.1987), we begin our posts of Peterite alumni who opted to serve in the Vineyard of the Lord, with him, a Priest martyred for his services to God’s poor. END_OF_DOCUMENT_TOKEN_TO_BE_REPLACED

JOY IN COMMEMORATING A DEATH ANNIVERSARY – by Algi Wijewickrema

On 10th November every year, many residents of Alukalwita, a small village in rural Buttala, come together to commemorate the death of a Catholic Priest who served them selflessly and was brutally killed in 1987. The Priest is Rev. Fr. Michael Rodrigo OMI who lived and worked with them helping to uplift them so they could stand on their own two feet.

Unfortunately this year, when the 33rd death anniversary occurs, the COVID 19 pandemic might ensure that they would not be able to visit “Subasethgedera”, Fr. Mike’s House of Good Wishes. It is not only the villagers but visitors who usually come in numbers for the commemoration are also unlikely to attend. Although priests, friends and relations from Colombo or the surrounding parish churches are unlikely to make their annual pilgrimage to Buttala, I am sure the Alukalavita residents will remember their beloved Michael ‘Suwami’ even if it is in the privacy of their homes.

Though there were many, even within the Sri Lankan ecclesiastical hierarchy, who disliked or even condemned his efforts, perhaps they realise now that he was far ahead of his times and will have to accept that he was guided by the teachings emanating from the Vatican Council II and embarked on this mission with the blessings of the then (the first) Bishop of the Badulla Diocese, Rt. Rev. Dr. Leo Nanayakkara.

Even after 33 years he is still revered because he chartered a different path for Catholics, particularly for the clergy. While remaining a Catholic Priest, he never sought to impose his faith on others but encouraged the poor whom he encountered in Buttala to live as better Buddhists, as he saw all people as children of God, particularly the poor and the down trodden.

Possessing two doctorates, he had lucrative offers from several world renowned universities to be in their staff but shunning such offers he preferred to live the Gospel in rural Buttala sans even the basic facilities. One of his doctoral thesis being “The Moral Passover from Selfishness to Selflessness in Christianity and other Religions in Sri Lanka” he could help these oppressed farmers, unlike others who sought conversions. Some who did not know his work or intentions at the beginning and therefore opposed his very presence there, not only supported him later but became active collaborators. For the villagers he was their help when they were helpless, he was power when they were powerless and much more.

It is these children of God from rural Buttala though being Buddhists, who still lament his elimination from their midst by political forces of the time. They who don’t know Saints as we do, hold in their minds, their beloved Michael ‘Suwami’ a Saint who helped them when no one dared to take their side.

At a webinar held yesterday (9th November) in lieu of the usual commemoration ceremony in Buttala, the OMI Provincial, Fr. Roshan Silva gave us the joyful news of the Church in Sri Lanka having commenced the process that would lead to the canonization of Fr. Michael and as many had hoped for in these last 33 years, expressed the hope that soon we would have a son of the soil as Saint Michael Rodrigo.

Knowing that he must already be in heaven, my prayer is that his life may be an inspiration to us who profess to be Christians, to be the salt that savours the earth, as Christ wanted and Fr. Mike showed how.

May God bless us all

(Pics. 1 Early days as a Priest and 2 in latter days (below) Brooke Jowett speaks out over her disappointment with The Bachelor franchise

Our small beginnings – By Lalin Fernando

‘A Symphony for Change’ – Performed by Alston Koch. We promised that we would publish monthly, about pioneering Rectors and notable alumni as we approach the centenary of our beloved College and so here’s a summarised version of that 1st Rector of St. Peter’s (note to differentiate between Fr. Maurice Le Goc who was the 1st Rector while the name of the College was St. Joseph’s College Colombo South). Even the summary is somewhat lengthy as Fr. Nicholas Perera’s achievements for St. Peter’s are legion.

END_OF_DOCUMENT_TOKEN_TO_BE_REPLACED 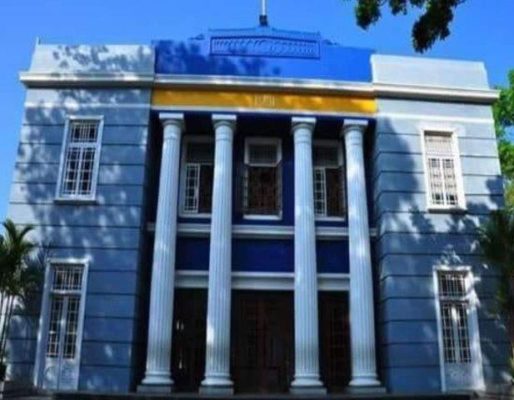 If you attend a sports event of any school, particularly athletic meets you will come across divisions by Houses to enable competition within the school environment in healthy rivalry. St. Peter’s is no different and currently has six Houses.

When the house system was introduced at St. Peter’s College in 1930 there were four Houses namely (in alphabetical order), Anthony, Maurice, Nicholas and Peter while from 1982 these have been increased to six with the addition of Arthur and Basil Houses.

How they were named makes interesting reading and good for Peterites past and present to know.